Uk - Pilgrims of Christ on the Muslim Road 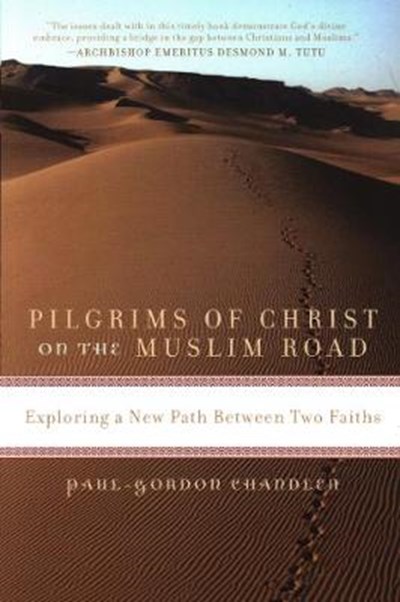 Uk - Pilgrims of Christ on the Muslim Road

QTY
Add to Basket
Publisher: Rowman & Littlefield
ISBN: 9781561013197
Number of Pages: 240
Published: 14/11/2007
Width: 15.1 cm
Height: 22.1 cm
Description Author Information Reviews
Today's tensions between the "Islamic" East and "Christian" West run high. Here Paul-Gordon Chandler presents fresh thinking in the area of Christian-Muslim relations, showing how Christ-whom Islam reveres as a Prophet and Christianity worships as the divine Messiah-can close the gap between the two religions. Historically, Christians have taken a confrontational or missionary approach toward Islam, leading many Muslims to identify Christianity with the cultural prejudices and hegemonic ambitions of Westerners. On the individual level, Christ-followers within Islam have traditionally been encouraged by Christians to break away from their Muslim communities. Chandler boldly explores how these two major religions-which share much common heritage-can not only co-exist, but also enrich each other. He illustrates his perspective with examples from the life of Syrian novelist Mazhar Mallouhi, widely read in the Middle East. Mallouhi, a self-identified "Sufi Muslim follower of Christ," seeks to bridge the chasm of misunderstanding between Muslims and Christians through his novels.

Paul-Gordon Chandler is a U.S. Episcopal priest serving in the Middle East. He grew up in Muslim West Africa, and has lived and worked extensively throughout the Islamic world with churches, Christian publishing, and relief and development agencies. Paul-Gordon lived in the UK for several years, working with the Anglican church and as the director of SPCK Worldwide.For publicity events and speaking engagements, see https://www.paulgordonchandler.com/speaking.

Events of recent years have exacerbated mutual suspicion, fear and misunderstanding between Christians and Muslims. Yet Jesus Christ set in motion a unity that knows no boundaries; he broke all barriers. We must think beyond the present walls of the church to move forward. The issues dealt with in this timely book demonstrate God's divine embrace, providing a bridge in the gap. -- Archbishop Emeritus Desmond M. Tutu An important and exciting introduction to Mazhar Mallouhi's life and teachings. I commend this book to all who wish to understand Islam. -- Lord Carey, 103rd Archbishop of Canterbury This very timely book is a must for anyone who would wish to understand Muslim/Christian dialogue. Mazhar Mallouhi has a unique insight which has largely been gained through personal suffering. He has much to teach us. -- Terry Waite, CBE, former envoy for the Archbishop of Canterbury, hostage negotiator, author At a time when Islamaphobia has gripped many Western Christians, Paul-Gordon shows what Christians and Muslims have often been, and can today still be: in a 'clasp' rather than a 'clash' of civilizations. Never has a book like this been more timely, or more necessary. -- William Dalrymple, author of From the Holy Mountain