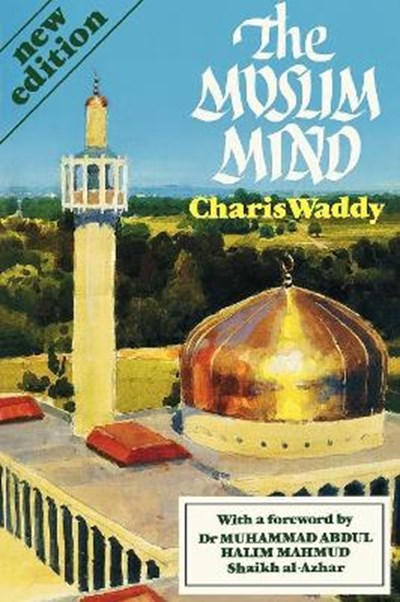 QTY
Add to Basket
Publisher: New Amsterdam Books
ISBN: 9781561310142
Number of Pages: 240
Published: 05/06/1998
Width: 16 cm
Height: 22.9 cm
Description Author Information Reviews
In this book Muslims, men and women alike, speak from the heart about what they believe and how they live. The central tenets of Islam are put forward by doctors, engineers, politicians, bankers and carpenters, as well as by theologians. Islam has a billion followers. The beliefs of Islam, like those of the other great religions, must be taken seriously if we wish to understand the world in which we live. What do followers of the Islamic tradition have to say about family life, money, education, racial equality and the ecology of our planet? Muslim readers of earlier editions of The Muslim Mind welcomed the Christian author who had portrayed their faith with fairness and candor. The sincere answers to her inquiries given by many Muslims afford a vivid insight into the spirit and practice of Islam.

Charis Waddy was born in Australia, and she grew up in Jerusalem in the years that followed World War I. The tensions of that period, and the common heritage of the monotheistic faiths that is manifest in that city, helped to shape her outlook on the world. She was the first woman to study Oriental Languages (Arabic and Hebrew) at Oxford University. For her doctorate at London University she specialized in the history of the Crusades, particularly on the Arab side. She is the author of Baalbec Caravans, Women in Muslim History, and numerous articles on Islamic civilization and its scientific contributions to the world. In March 1990, she was decorated by the government of Pakistan with the Sitara-i-Imtiaz (the Star of Excellence).

An extremely good read, very simple and straight-forward throughout but never shallow. Pakistan Times The tougher tasks of spirit and encounter can certainly be served by the sort of awareness Charis Waddy documents and commends. Tablet Written out of expert knowledge and deep sympathy. Church Times, London A significant contribution. -- Michael Henderson Lake Oswego Review A gallant attempt to embrace the diversity of Islamic reactions to the modern world. Times Educational Supplement With such a book the non-Muslim has no excuse for undervaluing one of the great religions of mankind. British Book News A dynamic book...It conveys the basic tenets of Islam in a manner that is neither too pedantic nor too casual. Jordan Times This is a valuable introduction to the Muslim mind. Afrique Contemporaine Gives a comprehensive insight into the heart of Muslim culture. Manchester Evening News A very helpful symposium of Muslim attitudes and thought in relation to the world today and its problems. Irish Press