In the Image of God

A Feminist Commentary on the Torah 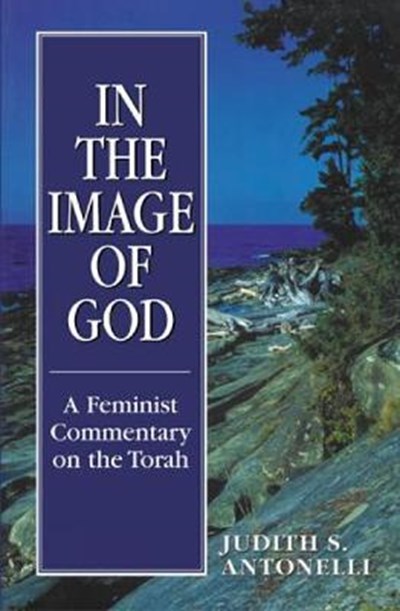 In the Image of God

A Feminist Commentary on the Torah

eBook FAQ
Add to Basket
Publisher: Jason Aronson Inc. Publishers
ISBN: 9781568214382
Published: 01/11/1995
Description Author Information Reviews
In the Image of God: A Feminist Commentary on the Torah is a unique blend of traditional Judaism and radical feminism and is a groundbreaking commentary on the Bible, the central document of Jewish life. Using classical Jewish sources as well as supplementary material from history, anthropology, sociology, psychology, ancient religion, and feminist theory, Judith Antonelli has examined in detail every woman and every issue pertaining to women in the Torah, parshah by parshah. The Torah is divided into fifty-four portions; each portion, or parshah, is read in the synagogue on the Sabbath (combining a few to make a yearly cycle of readings). This book is modeled on that structure; hence there are fifty chapters, each of which corresponds to a parshah. One may, therefore, read this book from beginning to end or use it as a study guide for the parshah of the week. The reader will discover in these pages that the Torah is not the root of misogyny, sexism, or male supremacy. Rather, by looking at the Torah in the context in which it was given, the pagan world of the ancient Near East, it becomes clear that far from oppressing women, the Torah actually improved the status of women as it existed in the surrounding societies. Not only does this book refute the common feminist stereotype that Judaism is a 'patriarchal religion' but it also refutes the sexism found in Judaism by exposing it as sociological rather than 'divine law.'

Judith S. Antonelli is a religious Jew of Italian descent who lives in Boston, Massachusetts. She has has numerous works published by both Jewish and feminist presses. She was associate editor of The Jewish Advocate newspaper and continues as a contributing writer. She was coeditor of Neshama, a quarterly publication on women's spirituality in Judaism. Born in Cincinnati, Ohio, Antonelli has degrees in psychology, journalism, and women's studies, as well as many years of expertise in the study of Western religious tradition.