Shakespeare and the Resistance

The Earl of Southampton, the Essex Rebellion, and the Poems that Challenged Tudor Tyranny 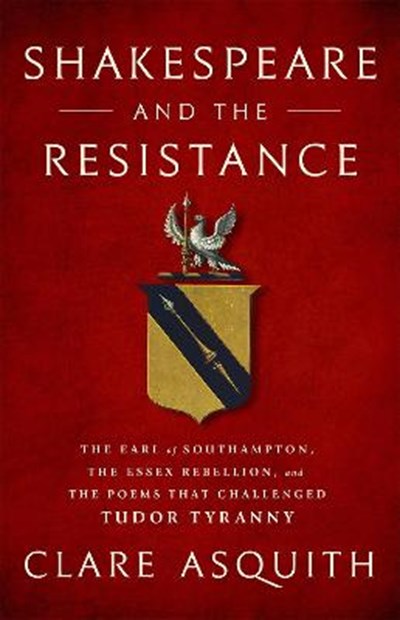 Shakespeare and the Resistance

The Earl of Southampton, the Essex Rebellion, and the Poems that Challenged Tudor Tyranny

QTY
Add to Basket
Publisher: PublicAffairs,U.S.
ISBN: 9781568588124
Number of Pages: 288
Published: 29/11/2018
Width: 16.2 cm
Height: 24.4 cm
Description Author Information Reviews
The 1590s were black years for England. The queen was old, the succession unclear, and the treasury empty after decades of war. Amid the rising tension, William Shakespeare published a pair of poems dedicated to the young Earl of Southampton: Venus and Adonis in 1593 and The Rape of Lucrece a year later. Although wildly popular during Shakespeare's lifetime, to modern readers both works are almost impenetrable. But in her enthralling new book, the Shakespearean scholar Clare Asquith reveals their hidden contents: two politically charged allegories of Tudor tyranny that justified--and even urged--direct action against an unpopular regime. The poems were Shakespeare's bestselling works in his lifetime, evidence that they spoke clearly to England's wounded populace and disaffected nobility, and especially to their champion, the Earl of Essex. Shakespeare and the Resistance unearths Shakespeare's own analysis of a political and religious crisis which would shortly erupt in armed rebellion on the streets of London. Using the latest historical research, it resurrects the story of a bold bid for freedom of conscience and an end to corruption which was erased from history by the men who suppressed it. This compelling reading situates Shakespeare at the heart of the resistance movement, and sees him correctly identifying the factors that would before long plunge the country into civil war.

Clare Asquith, Countess of Oxford and Asquith, is the author of Shadowplay: The Hidden Beliefs and Coded Politics of William Shakespeare. She studied English literature at Oxford, where she gained a congratulatory First. Her ideas about Shakespeare's politics and religion were first raised in the Times Literary Supplement in 2001. Since then, she has written numerous articles and lectured widely on Shakespeare and his background.