First Isaiah and the Disappearance of the Gods 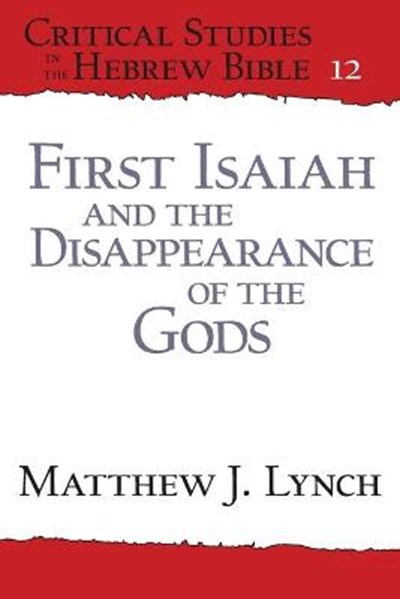 First Isaiah and the Disappearance of the Gods

eBook FAQ
Add to Basket
Publisher: Eisenbrauns
ISBN: 9781575068398
Number of Pages: 144
Published: 05/05/2021
Width: 15.2 cm
Height: 22.9 cm
Description Author Information Reviews
Isaiah 1-39 uses the unique term -usually translated as "idols"- more than anywhere else in the Hebrew Bible. Using this linguistic phenomenon as a point of departure, Matthew J. Lynch reexamines the rhetorical strategies of First Isaiah, revealing a stronger monotheizing rhetoric than previously recognized. Standard accounts of Israelite religion frequently insist that monotheism reached its apex during the exile, and especially in Deutero-Isaiah. By contrast, Lynch's study brings to light an equally potent mode of monotheizing in First Isaiah. Lynch identifies three related rhetorical tendencies that emphasize yhwh's supreme uniqueness: a rhetoric of avoidance, referring to other deities as idols ( ) to avoid conferring on them the status of gods ( ); a rhetoric of exaltation, emphasizing yhwh's truly exalted status in opposition to all that which exalted itself; and a rhetoric of abasement, fully subjugating all other claimants to absolute power-whether human or divine-before the divine king. Succinctly and persuasively argued, Lynch's book will change how biblical scholars understand the nature and development of Israelite monotheism.

Matthew J. Lynch is Assistant Professor of Old Testament at Regent College. He is the author of Monotheism and Institutions in the Books of Chronicles and Portraying Violence in the Hebrew Bible: A Literary and Cultural Study.