The Function of Miracles in Jesus and Paul 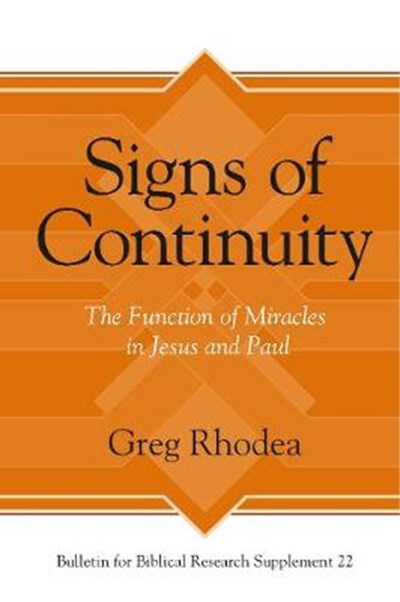 The Function of Miracles in Jesus and Paul

eBook FAQ
Add to Basket
Publisher: Eisenbrauns
ISBN: 9781575069784
Number of Pages: 192
Published: 11/06/2019
Width: 15.2 cm
Height: 22.9 cm
Description Author Information Reviews
For more than a century, scholars have debated whether Paul the apostle was a faithful follower of Jesus or a corruptor of Jesus's message and the true founder of Christianity. Signs of Continuity intervenes in this debate by exploring a largely overlooked element of similarity between the two men: the place of miracles in their ministries. In his close analysis of the miracles performed by Jesus and Paul, Greg Rhodea points to signs of continuity between these two historical figures of Christianity. He argues that both Jesus and Paul understood their miracles as accompanying and actualizing a message of gracious inclusion of the marginalized, resisted proving their ability to work miracles to those who asked for a sign despite the importance of miracle-working to their personal authentication, and interpreted miracles as proof of the presence of the eschatological kingdom. Based on these similarities, Rhodea concludes that Paul the apostle knew of Jesus's miracles and that he imitated Jesus in his own ministry of miracle-working. In highlighting this previously unexplored area of continuity, Rhodea makes a significant contribution to the debate over the relationship between Jesus and Paul. Biblical scholars and students interested in this debate will find Signs of Continuity enlightening and informative.