From New York to Kabul and Beyond 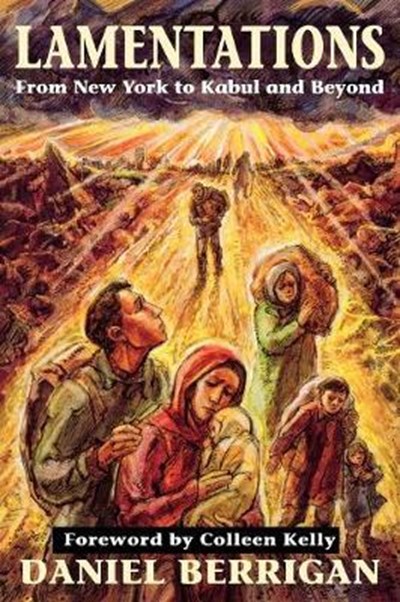 From New York to Kabul and Beyond

QTY
Add to Basket
Publisher: Rowman & Littlefield
ISBN: 9781580511292
Number of Pages: 112
Published: 01/12/2002
Width: 14.9 cm
Height: 23.1 cm
Description Author Information Reviews
On September 11, 2001 Daniel Berrigan sat at his desk in upper Manhattan writing a commentary on the Book of Genesis. As he explored the goodness of God's creation, the terrible events of that day stopped him cold. With countless others, Berrigan-the tireless and often controversial peace activist-wondered how best to respond, articulate profound grief, and shape a response. In the midst of working with those ministering to rescue workers and families of the missing or dead, leading prayer vigils, and organizing protests against military retaliation, Father Berrigan looked to Lamentations for wisdom and insight. This book is the result of long, intense hours spend connecting that ancient text with the modern world. In line with his critically acclaimed biblical commentaries, Berrigan uses the lens of Lamentations to explore the causes and repercussions of the events of September 11 and beyond. Here he asks, Where do we turn when the world around us seems to be inextricably enmeshed in violent conflict? How do we cry out for justice? Where do we find faith and hope to heal the immense human suffering that surrounds us? Written in a style that captures the poetry and power of Lamentations, Berrigan cries out for peace in a militaristic world, calls for compassion instead of retribution, gives voice to those caught in the midst of war and strife, and names the evil in the world while lamenting the status quo. Art by Robert McGovern illuminates the suffering of war and the hope of the faithful.

Daniel Berrigan, S.J. is a Jesuit priest who has been deeply involved in the peace movement worldwide. This is his third book for Sheed & Ward, his previous being Job: And Death No Dominion and Wisdom: The Feminine Face of God.

Even those who disagree with Berrigan may see him as our own Jeremiah and be affected by the force of his language, his passion for justice, his denial of violence. Catholic Library World