History of the Popes

From Peter to the Present 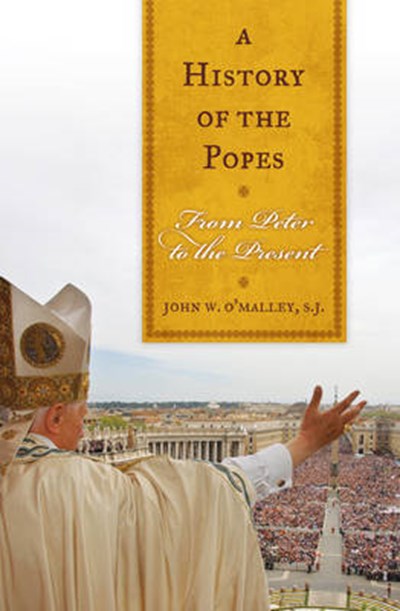 History of the Popes

From Peter to the Present

QTY
Add to Basket
Publisher: Rowman & Littlefield
ISBN: 9781580512275
Number of Pages: 368
Published: 16/01/2010
Width: 16.1 cm
Height: 23.7 cm
Description Author Information Reviews
A History of the Popes tells the story of the oldest living institution in the Western world-the papacy. From its origins in Saint Peter, Jesus' chief disciple, through Pope Benedict XVI today, the popes have been key players in virtually all of the great dramas of the western world in the last two thousand years. Acclaimed church historian John W. O'Malley's engaging narrative examines the 265 individuals who have claimed to be Peter's successors. Rather than describe each pope one by one, the book focuses on the popes that shaped pivotal moments in both church and world history. The author does not shy away from controversies in the church, and includes legends like Pope Joan and a comprehensive list of popes and antipopes to help readers get a full picture of the papacy. This simultaneously reverent yet critical book will appeal to readers interested in both religion and history as it chronicles the saints and sinners who have led the Roman Catholic Church over the past 2000 years. The author draws from his popular audio CD lecture series on the topic, 2,000 Years of Papal History, available through Now You Know Media (www.nowyouknowmedia.com).

John W. O'Malley, S.J., is a Roman Catholic priest and professor of religion at Georgetown University. He lives in Washington, D.C., and is the author of numerous books, including What Happened at Vatican II and Four Cultures of the West.