The Fast Track from the Corporate World to Poverty, Chastity, and Obedience 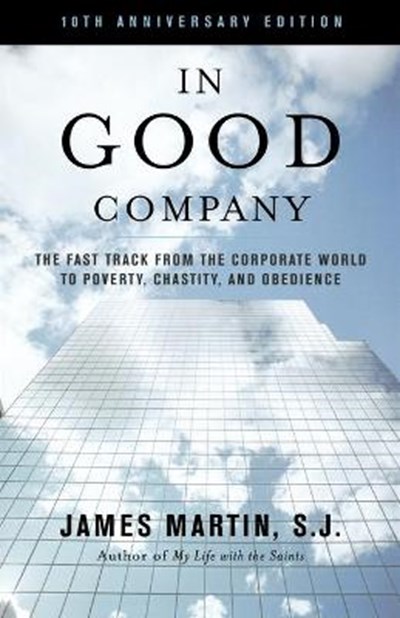 The Fast Track from the Corporate World to Poverty, Chastity, and Obedience

eBook FAQ
Add to Basket
Publisher: Rowman & Littlefield
ISBN: 9781580512367
Number of Pages: 216
Published: 16/11/2010
Width: 14.1 cm
Height: 21.8 cm
Description Author Information Reviews
The New York Times has described James Martin as maybe "the only Jesuit priest with a degree from the Wharton School," and in the wake of our current economic crisis, the story of his remarkable journey from corporate America to the Society of Jesus couldn't be more timely. From the halls of General Electric under Jack Welch to his entry into the priesthood, In Good Company tells this seeker's powerful story with humor and grace. The book's gems of wisdom will appeal to anyone seeking meaning in daily life. Fast-paced, compelling, and often humorous, his story offers a fresh, inside look at corporate America, the Jesuit vocation, and the human quest for a life well-lived. This Tenth Anniversary Edition features a new preface by the author.

James Martin, S.J., is culture editor of America magazine and the author of several books, including the award-winning My Life with the Saints. He has contributed to numerous publications, including Commonweal, U.S. Catholic, The New York Times, The Wall Street Journal, and beliefnet.com. Father Martin lives in New York City.