Doctrinal Sermons on the Catechism of the Catholic Church 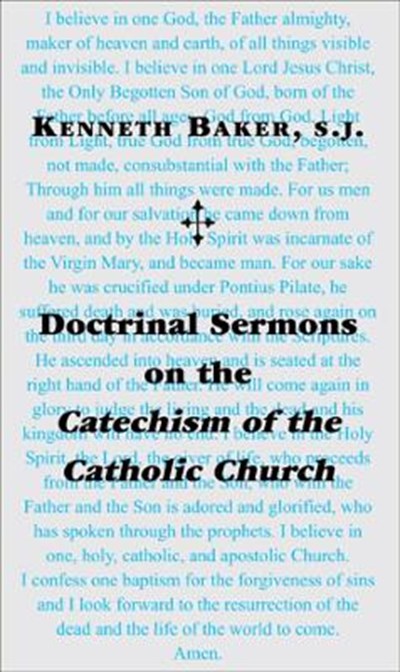 Doctrinal Sermons on the Catechism of the Catholic Church

QTY
Add to Basket
Publisher: St Augustine's Press
ISBN: 9781587311895
Number of Pages: 272
Published: 30/05/2012
Width: 15.7 cm
Height: 23.4 cm
Description Author Information Reviews
There have been serious complaints since Vatican II that many Catholics do not know the basic teaching of the Church on the essentials of the faith, such as the Ten Command-ments, the Seven Sacraments, the Sacrifice of the Mass and the twelve articles of the Creed. That was one of the main reasons for the production of the Catechism of the Catholic Church, which was mandated by Blessed John Paul II and published in the 1990s. After Vatican II there was much emphasis on preaching that explains the daily readings from the Bible. That is what we now call a "homily." Traditionally a sermon has been preaching on some point of doctrine or morals, illustrated and supported by quotes from the Bible. An unintended and unanticipated result of the homily has been the neglect of sermons and a lack of preaching on the fundamentals of the Catholic faith. When the Catechism appeared, some bishops, like Cardinal John J. O'Connor of New York, gave sermons based on it for over a year. The 54 doctrinal sermons in this book are presented in the hope that priests will make use of them to prepare real sermons that explain the basic truths of the Catholic faith. The sermons follow the basic outline of the Catechism: Creed, Sacraments, Commandments, and the Our Father. The purpose of these sermons is to promote a better understanding in the minds of the faithful of the beauty and depth of truth contained in our holy Catholic faith. The grasp of that truth should result in an increase of faith, hope and charity.

Fr. Kenneth Baker, s.j., is Editor Emeritus of the Homiletic & Pastoral Review, which he edited for forty years from 1971 to 2010. Fr. Baker is the author of the three-volume Fundamentals of Catholicism (Ignatius Press, 1983), Inside the Bible (Ignatius Press, 1998), and most recently Preach the Word (St. Pauls/Alba House, 2010).