Making of the Christian Mind: The Adventure - Volume I: The Waiting World 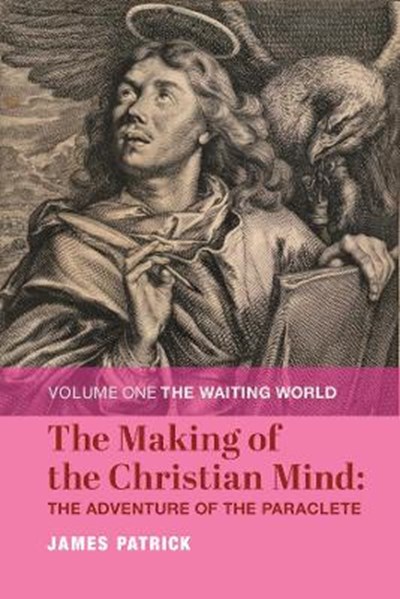 Making of the Christian Mind: The Adventure - Volume I: The Waiting World

eBook FAQ
Add to Basket
Publisher: St Augustine's Press
ISBN: 9781587314797
Number of Pages: 180
Published: 26/02/2021
Width: 15.5 cm
Height: 24.2 cm
Description Author Information Reviews
Dr. James Patrick has spent his life teaching, and in this book he seeks to tell on a larger scale the story of the Christian mind as it developed according to what he refers to as the "adventure" of the Holy Spirit. Indeed, the Christian mind moved from faithful intuition to writing and composing original ideas of concrete truths, and this in turn led to inspired foundations upon which a new kind of world became possible. Patrick does not wish the reader to think the Christian mind has ever intended to create utopia on earth or to proselytize, rather that the dynamic Christian intellect indicates a human heart made new and from this newness still spring horizons of hope and culture. This is not a history of dogma or systematic account of the building of doctrine. It is a narrative that follows the major moments wherein the Christian heart so in tune with the Paraclete has rendered the seminal texts and literature of this new culture, from the Didache to the Rule of Saint Benedict and The Consolation of Philosophy. Patrick succeeds in presenting a narrative that reads more like the experience lived by those directly involved in its realization, and although he cannot include every individual accomplishment of the major Christian writers, he illuminates the context in which Christianity was born and how faith grew and allowed itself to be shaped by its participation in the "adventure" and its grasp of objective truth. The Christian mind is, says Patrick, not only inspired and moved by the restless Paraclete, but revolves around the event of Jesus Christ. Christian history is therefore best understood not simply as chronology of events but as the vision of "the new heart in time," one that strives to be like that of the one who sent the Spirit into history. Patrick writes with a voice of a teacher, and although this work is very well referenced and accurate he does not intend this work to be a scholarly presentation of data and careful arguments, nor does he include every aspect of this intellectual faith journey of Christianity found in writing. As a comprehensive review, Patrick acknowledges the limitations of his own project to tell a complete story. Nevertheless, The Making of the Christian Mind accomplishes the no less formidable feat of illustrating the vivacious quality of the authentic Christian intellectual life. "Christianity is a survivor, not because it possessed the instruments of power but because, as Jesus of Nazareth said before Pilate, the foundation of the Kingdom is truth, its instruments of conquest are its renewing gifts, its consequences are the substitution of truth for error and ignorance, of faith for skepticism, humility for pride, and of charity and friendship for emulation, all this realized never perfectly but always as possibilities having the power to make all things new." This work is divided into three volumes, of which the present work is the first. Highlights of this first volume, The Waiting World, include following revelation as it first moved uncertain hearts to write and then to offer explicit witness. In this first installment, Patrick sets the groundwork for following the faith and history of Israel to Justin Martyr's great claim that what is true belongs to Christians.

Dr. James Patrick is Chancellor Emeritus of the College of Saint Thomas More (Fort Worth) and served as Provost as well for over a decade. His teaching career spans nearly forty years. Patrick wrote his dissertation at Trinity College (Toronto) and is a noted scholar of R. G. Collingwood, J. R. R. Tolkien, and C. S. Lewis.