Losing the Good Portion - Why Men Are Alienated from Christianity 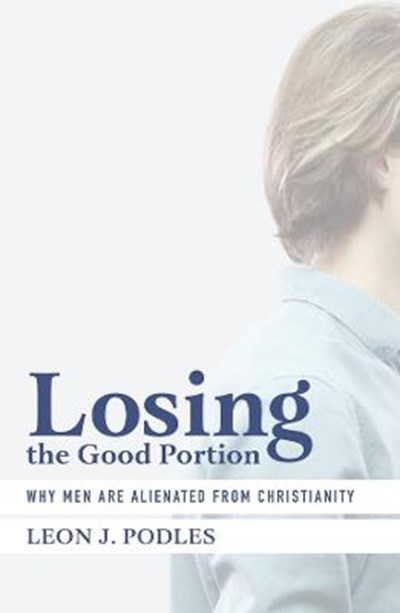 Losing the Good Portion - Why Men Are Alienated from Christianity

eBook FAQ
Add to Basket
Publisher: St Augustine's Press
ISBN: 9781587315053
Number of Pages: 262
Published: 15/01/2020
Width: 15.7 cm
Height: 25.1 cm
Description Author Information Reviews
Few books have explored in depth the lack of men in the churches. Podles' book The Church Impotent: The Feminization of Christianity was the first book-length attempt to examine this phenomenon. David Murrow's Why Men Hate Going to Church was a popular presentation of Podles' material. Marta Trzebiatowska's and Steve Bruce's short Why Are Women More Religious than Men? confines itself almost entirely to modern British and American examples. Losing the Good Portion: Why Men Are Alienated from Christianity explores the causes and consequences of the almost millennium-old disparity between the participation of lay men and lay women in the churches of Western Christianity. Podles considers both the anecdotal and statistical evidence for the lack of men: sermons, church rolls, censuses, and sociological analyses. Podles sees the intellectual roots of lack of men in the Aristotelian understanding of male and female as active and passive, an understanding which has formed all discussion of masculinity and femininity, from Aquinas through Schleiermacher, Barth, and Hans Urs von Balthasar, all of whom saw femininity as more compatible with Christianity than masculinity. Men, according to anthropologists and psychologists, go through a difficult process to attain masculinity and therefore distance themselves from threats to that masculine identity, including Christianity. Men suspected the clergy was effeminate and sexually irregular. Historians of violence have examined the decline in violence in Europe and the civilizing role of the clergy, a role which further alienated men and led to violent anticlericalism Podles examines the presentation of Jesus' masculinity in Scripture and images of Jesus' masculinity in art, the role of thumos in spirituality, and the various movements that have helped keep men connected to the churches. He makes suggestions for possible outreach to men.

Leon Podles is also the author of The Church Impotent: The Feminization of Christianity and of Sacrilege: Sexual Abuse in the Catholic Church. He has published articles in Touchstone, Crisis, America, The American Spectator, The Antioch Review, and other periodicals. He is president of the Crossland Foundation and worked as a federal investigator for many years.