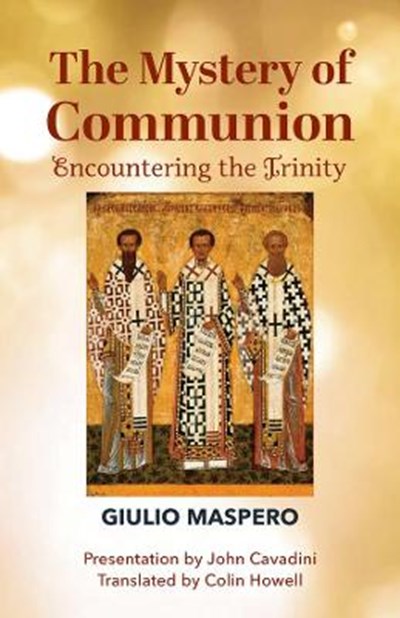 eBook FAQ
Add to Basket
Publisher: St Augustine's Press
ISBN: 9781587315473
Number of Pages: 116
Published: 05/02/2021
Width: 13.9 cm
Height: 21.4 cm
Description Author Information Reviews
Dr. Giulio Maspero is a priest, theologian and physicist who in this work embarks on a study of the Trinity--the Christian triune God--and in a single narrative pieces together the classical metaphysics, revealed truths and Patristic apologetic theology that directed the development of Trinitarian dogma. Maspero views the importance of this project from several perspectives. It connects us both exegetically and in fellowship to Christianity's Jewish roots and the living God of shared Scripture. It introduces the reader to a deeper understanding of the historical development of the Trinity, which is especially engaging given the formidable minds and arguments involved in this history, particularly on the part of the Cappadocian Fathers: Gregory of Nyssa, Gregory of Nanzianzus and Basil the Great. Maspero also notes that knowing the Trinity better will offer greater insight into papal descriptions of the human family as necessarily rooted in a Trinitarian foundation, a "communion of persons in the image of the union of the Father, the Son and the Holy Spirit." An approach to Trinitarian theology often favors overly technical language, or undue triteness. Maspero succeeds in leading both scholar and student to see how the unfolding of the mystery of the Trinity and its dogmatic development is a discovery of the "mystery from which all true love flows" in history. This discovery is only possible because of God's self-revelation and immanence--that is, his heart and his "within." The revelation of his being wholly and eternally Father and Son and the Love between them has made a more complete unity know to humanity through the perfect unity of divine communion. The foundation of all being and reality is this communion of love, personal unity that is given in relation and not in spite of relation. After a career of studying theology and theoretical physics, Maspero is especially keen on emphasizing the radical nature of this concept. It is an extension of Greek philosophy but ripped open and assigned immeasurable new value in communion and relation. The brevity of this work limits the amount of citations and textual references given, and Maspero instead urges the reader to study the book alongside Scripture. His manner of writing respects the impossibility of speaking of God in his immanence, but he nonetheless carves out a place for the Trinity in the human intellect, a place where the Jewish and Christian God might be encountered. As Maspero observes, truth is found in the personal dimension, but "just as in the use of a map for a journey, the cognitive grasp of the Trinity is to prevent us from getting lost, to keep us from reducing and simplifying the Trinity into something we understand merely on a natural level." A highlight of this work is Maspero's reliance on Mary, Theotokos, in his presentation of Trinitarian theology, the person who first opened herself to this manner of thinking.

Giulio Maspero is full professor at the Faculty of Theology of the Pontifical University of Holy Cross (Rome). He is member of the Association Internationale des Etudes Patristiques (AIEP) and a full member of the Pontifical Academy of Theology (PATH). He has published mainly on Gregory of Nyssa, Trinitarian theology and the relationship between philosophy and theology. In particular, he has published Trinity and Man (Brill, Leuven 2007) and has directed, together with L.F. Mateo-Seco, The Brill Dictionary of Gregory of Nyssa (Brill, Leuven, 2009) and, together with R. Wozniak, Re-thinking Trinitarian Theology (T&T Clark, London 2012). His most recent monographs are Uno perche trino (Cantagalli, Siena 2011), Essere e relazione (Citta Nuova, Roma 2013) and Dio trino perche vivo (Morcelliana, Brescia 2018), the latter devoted to the pneumatology of the Greek Fathers. He also edited with Pierpaolo Donati and Antonio Malo the volume Social Science, Philosophy and Theology in Dialogue (Routledge, London 2019). Additionally, Giulio Maspero has a PhD in Theoretical Physics, and is noted for his work in quantum chaos.