The Christian Right and the 2004 Elections 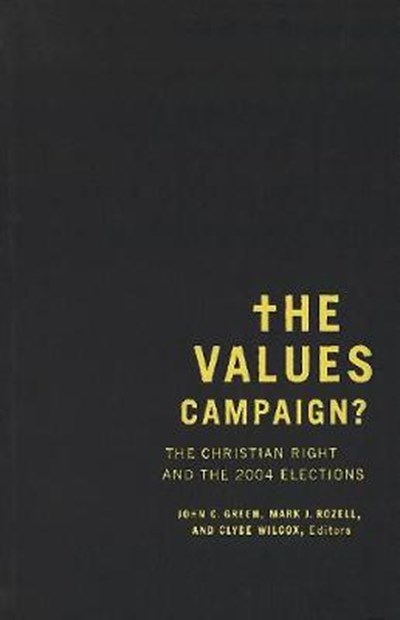 The Christian Right and the 2004 Elections

QTY
Add to Basket
Publisher: Georgetown University Press
ISBN: 9781589011090
Number of Pages: 282
Published: 17/08/2006
Width: 15.2 cm
Height: 22.9 cm
Description Author Information Reviews
The Christian Right never ceases to surprise professional observers of American politics. With the Christian coalition in disarray, many expected that the movement would play less of a role in the 2004 elections. But when exit polls reported that "moral values" were the most commonly cited reason for presidential vote choice, pundits immediately proclaimed the importance of the "values vote." Yet the role of the Christian Right, of statewide referenda on same-sex marriage, and of religious mobilization remained the subject of debate. "The Values Campaign? The Christian Right and the 2004 Elections" reaches well beyond the instant analyses of the post-election period to provide an assessment of the role of the religious right in 2004. The contributors to this volume are among the leading scholars of religion and politics in the United States, and many have contributed for over a decade to ongoing discussions of the role played by the religious right in national elections. The authors consider national mobilization and issues, and also explore the role of the Christian Right in specific states. Their evaluations contend that the "values campaign" was not an aberration but a consistent pattern of national politics, and that moral traditionalism will likely continue to be a significant factor in future elections. A timely study of the 2004 elections, this volume will appeal to scholars and observers of electoral politics, state politics, and religion and politics.

"This is an excellent book that belongs on the shelf of anyone who wants to understand the role of religion in American politics. In particular, it would make an excellent addition to courses (both undergraduate and graduate) on the topic." -- Sociology of Religion