Catholic Church and the Nation-State 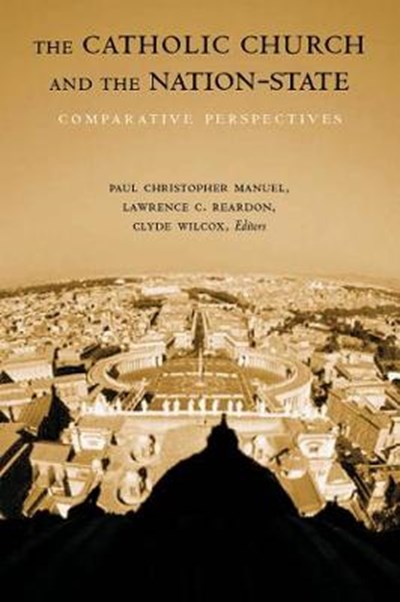 Catholic Church and the Nation-State

QTY
Add to Basket
Publisher: Georgetown University Press
ISBN: 9781589011151
Number of Pages: 298
Published: 16/08/2006
Width: 15.2 cm
Height: 22.9 cm
Description Author Information Reviews
Presenting case studies from sixteen countries on five continents, "The Catholic Church and the Nation-State" paints a rich portrait of a complex and paradoxical institution whose political role has varied historically and geographically. In this integrated and synthetic collection of essays, outstanding scholars from the United States and abroad examine religious, diplomatic, and political actions - both admirable and regrettable - that shape our world. Kenneth R. Himes sets the context of the book by brilliantly describing the political influence of the church in the post-Vatican II era. There are many recent instances, the contributors assert, where the Church has acted as both a moral authority and a self-interested institution: in the United States it maintained unpopular moral positions on issues such as contraception and sexuality, yet at the same time it sought to cover up its own abuses; it was complicit in genocide in Rwanda but played an important role in ending the horrific civil war in Angola; and, it has alternately embraced and suppressed nationalism by acting as the voice of resistance against communism in Poland, whereas in Chile it once supported opposition to Pinochet but now aligns with rightist parties. With an in-depth exploration of the five primary challenges facing the Church - theology and politics, secularization, the transition from serving as a nationalist voice of opposition, questions of justice, and accommodation to sometimes hostile civil authorities - this book will be of interest to scholars and students in religion and politics as well as Catholic Church clergy and laity. By demonstrating how national churches vary considerably in the emphasis of their teachings and in the scope and nature of their political involvement, the analyses presented in this volume engender a deeper understanding of the role of the Roman Catholic Church in the world.

"[T]his book is a valuable part of the research and literature on the role of the church in contemporary society and politics. It is recommended for serious study and discussion among those in academic, religious and policy circles and is also an important read for anyone trying to gain a better understanding of the challenges facing the church today." -- Conscience "An excellent book that does what it sets out to do: give the reader a broader and yet in-depth understanding of the church's role in the political and transnational sphere. It is an excellent addition to theological and academic libraries." -- Catholic Library World "Exactly how the Catholic Church relates to contemporary states and how these relationships vary over time and between countries are important questions for students of religion and politics. This book is one of the most significant recent contributions to a growing literature that addresses these issues in a truly comparative fashion." -- Politics and Religion "Worthwhile reading for anyone interested in the myriad ways in which the Vatican interacts with governments and political parties throughout the world." -- Historians of Women Religious of Britain and Ireland