Toward a Renewed Catholic Anthropology 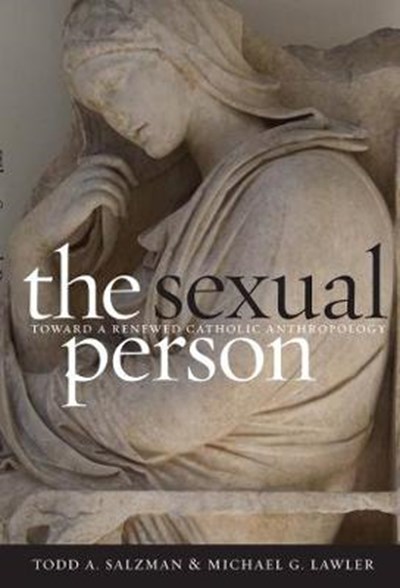 Toward a Renewed Catholic Anthropology

Publisher: Georgetown University Press
ISBN: 9781589012080
Number of Pages: 352
Published: 21/05/2008
Width: 15.2 cm
Height: 22.9 cm
Description Author Information Reviews
Two principles capture the essence of the official Catholic position on the morality of sexuality: first, that any human genital act must occur within the framework of heterosexual marriage; second, each and every marriage act must remain open to the transmission of life. In this comprehensive overview of Catholicism and sexuality, theologians Todd A. Salzman and Michael G. Lawler examine and challenge these principles. Remaining firmly within the Catholic tradition, they contend that the church is being inconsistent in its teaching by adopting a dynamic, historically conscious anthropology and worldview on social ethics and the interpretation of scripture while adopting a static, classicist anthropology and worldview on sexual ethics.While some documents from Vatican II, like "Gaudium et spes" ('the marital act promotes self-giving by which spouses enrich each other'), gave hope for a renewed understanding of sexuality, the church has not carried out the full implications of this approach. In short, say Salzman and Lawler: emphasize relationships, not acts, and recognize Christianity's historically and culturally conditioned understanding of human sexuality. "The Sexual Person" draws historically, methodologically, and anthropologically from the best of Catholic tradition and provides a context for current theological debates between traditionalists and revisionists, regarding marriage, cohabitation, homosexuality, reproductive technologies, and what it means to be human. This daring and potentially revolutionary book will be sure to provoke constructive dialogue among theologians, and between theologians and the Magisterium.

Todd A. Salzman is a professor of Catholic theology and chair of the Department of Theology at Creighton University. He is the coeditor of Marriage in the Catholic Tradition: Scripture, Tradition, and Experience and author of What Are They Saying about Roman Catholic Ethical Method? Michael G. Lawler is professor emeritus of Catholic theology at Creighton University. He is the author of What Is and What Ought to Be: The Dialectic of Experience, Theology, and Church and Marriage and the Catholic Church: Disputed Questions.

"Stimulating reading for theologians and graduate students." -- Religious Studies Review "Salzman and Lawler have succeeded brilliantly in combining a rigorous historical-critical engagement of the Catholic moral tradition with a set of creative, forward-looking proposals... Salzman and Lawler have written an engaging, well-researched book that handles extremely complicated and controversial questions in a nuanced and intellectually rigorous manner." -- Theological Studies "The present volume is their clearest and most detailed critical inquiry into sexual anthropology to date. The dialogue that this volume should generate between the authors and the advocates of the New Natural Law Theory will be very valuable." -- Catholic Library World "Todd Salzman and Michael Lawler's new book...is among the most important works in Catholic sexual ethics to emerge in the last two decades...Their book will be noticed because of its controversial positions on contraception, same-sex relationships, cohabitation and artificial means of reproduction. However, its contribution is its clear articulation of a person-centered natural-law ethic that offers Catholics an authentic way to think about sex in relation to their faith." -- National Catholic Reporter "[T]hey cover the whole gamut of issues in sexual ethics in impressive and thoroughly scholarly detail. They are conversant with the results of a wide range of recent studies in sexual psychology; and this material is effectively integrated into a tight philosophical argument...it is very refreshing to read such a balanced treatment, controversial but not at all combative or defensive in tone. Their conclusions are thoroughly constructive and very convincing. Overall, it is a most impressive achievement." -- The Way "[Salzman and Lawler] move among four foci: the Catholic tradition, the school they characterize as the "New Natural Law Theory," the Revisionist school, and their own constructive synthesis. The careful critiques of the three positions are worth the price of the book but their positive reconstruction (so often missing in critical works) is equally valuable... Their work has a carefully constructed base of historical and sociological analysis as well as the requisite theology. It is well researched, carefully documented and logically argued." -- Horizons "An unusually rich resource for a dialogue on sexual ethics among a diverse group of religious ethicists who seek more fruitfully to articulate how Christians are called to shape their sexual lives in the contemporary world." -- Conversations in Religion and Theology