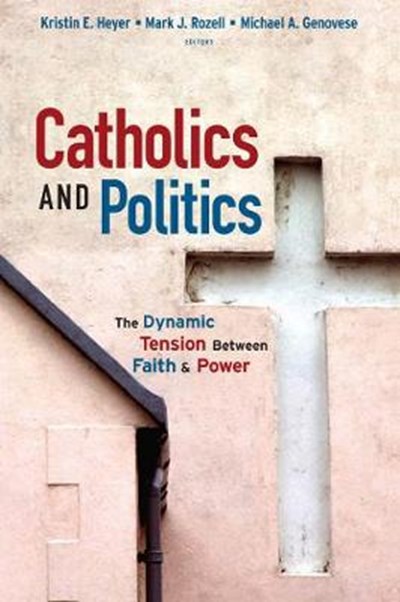 QTY
Add to Basket
Publisher: Georgetown University Press
ISBN: 9781589012158
Number of Pages: 248
Published: 29/10/2008
Width: 15.2 cm
Height: 22.9 cm
Description Author Information Reviews
Catholic political identity and engagement defy categorization. The complexities of political realities and the human nature of such institutions as church and government often produce a more fractured reality than the pure unity depicted in doctrine. Yet, in 2003 under the leadership of then-prefect Joseph Cardinal Ratzinger (now Pope Benedict XVI), the Congregation for the Doctrine of the Faith issued a "Doctrinal Note on Some Questions Regarding the Participation of Catholics in Political Life". The note explicitly asserts, "The Christian faith is an integral unity, and thus it is incoherent to isolate some particular element to the detriment of the whole of Catholic doctrine. A political commitment to a single isolated aspect of the Church's social doctrine does not exhaust one's responsibility toward the common good". "Catholics and Politics" takes up the political and theological significance of this "integral unity", the universal scope of Catholic concern that can make for strange political bedfellows, confound predictable voting patterns, and leave the church poised to critique narrowly partisan agendas across the spectrum. "Catholics and Politics" depicts the ambivalent character of Catholics' mainstream "arrival" in the U.S. over the past forty years, integrating social scientific, historical and moral accounts of persistent tensions between faith and power. Divided into four parts - Catholic Leaders in U.S. Politics; The Catholic Public; Catholics and the Federal Government; and, International Policy and the Vatican - it describes the implications of Catholic universalism for voting patterns, international policymaking, and partisan alliances. The book reveals complex intersections of Catholicism and politics and the new opportunities for influence and risks of cooptation of political power produced by these shifts. Contributors include political scientists, ethicists, and theologians. The book will be of interest to scholars in political science, religious studies, and Christian ethics and all lay Catholics interested in gaining a deeper understanding of the tensions that can exist between church doctrine and partisan politics.

"This outstanding anthology of a dozen essays on Catholics in U.S. politics by political scientists fills a void in political science literature." -- Voice of Reason "This readable and impressive collection advances the study of religion and politics by accomplishing, as does no other existing volume, such a thorough analysis of the behavioral patterns, constraints upon action, and possibilities for innovation that American Catholics and especially Catholic politicians face." -- Theological Studies "[An] important addition to the discussion regarding the role of Catholics in American politics." -- American Catholic Studies