What Brings a Marriage into Existence? 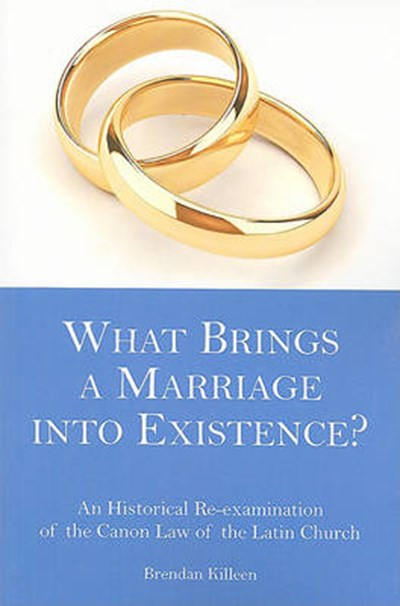 What Brings a Marriage into Existence?

QTY
Add to Basket
Publisher: University of Scranton Press,U.S.
ISBN: 9781589661905
Number of Pages: 275
Published: 15/04/2010
Width: 15.3 cm
Height: 22.3 cm
Description Author Information Reviews
Of the seven sacraments of the Roman Catholic Church, matrimony is the most discussed, debated, disputed, and adjudicated. In this book, Brendan Killeen employs the fundamental question 'What brings a marriage into existence?' as the legal and scholarly means to explore the very nature of marriage within the framework of the canon law of the Catholic Church. Killeen conducts his exploration in two phases. First he scrutinizes the canon law's primary sources - texts dating as far back as the Roman Empire - and gives readers a fresh perspective on the law's historical progression. He then examines the papers from the Second Vatican Council and offers both an objective evaluation of the law at present and some possible amendments for its future. Noteworthy for its diligent research and in-depth analysis, "What Brings a Marriage into Existence?" will be useful to both newcomers to the canon law of marriage as well as seasoned scholars.

Brendan Killeen, a priest of the Roman Catholic Diocese of Northampton, England, is a canon lawyer, an ecclesiastical judge in charge of the Northampton Diocesan Tribunal, and a university lecturer in canon law.