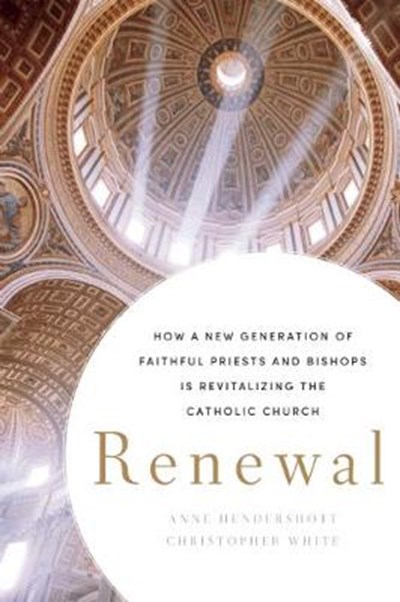 eBook FAQ
Add to Basket
Publisher: Encounter Books,USA
ISBN: 9781594037023
Number of Pages: 248
Published: 19/12/2013
Width: 15.2 cm
Height: 22.8 cm
Description Author Information Reviews
In the wake of the clergy abuse scandal of the last decade, many media commentators predicted the "end" of the Catholic priesthood. Demands for an end to celibacy, coupled with calls for women's ordination, dominated discussions on the effectiveness of the Catholic Church in America. Renewal argues that rather than a decline of the priesthood and a diminishing influence of the Catholic Church, we are living in a time of transformation and revitalization. The aging generation of progressives that continues to lobby Church leaders to change Catholic teachings on reproductive rights, same-sex marriage and women's ordination is being replaced by younger men and women who are attracted to the Church because of the very timelessness of its teachings.

Anne Hendershott is Professor of Sociology and Director of the Veritas Center for Ethics in Public Life at Franciscan University in Steubenville, Ohio. Previously, she was a Distinguished Visiting Professor at The King's College in New York City. She moved to The King's College in 2008 after spending more than 15 years as a tenured full-professor of sociology at the University of San Diego. She received her PhD in Sociology at Kent State University in 1988, and was the James Madison Fellow at Princeton University in 2005. A frequent contributor to popular press outlets including Catholic World Report, the Wall Street Journal, Crisis, and others, she publishes frequently on issues of importance within the Catholic Church. She is the author of five previous books including Status Envy: The Politics of Catholic Higher Education (Transaction, 2009), The Politics of Deviance (Encounter Books, 2002), The Politics of Abortion (Encounter Books, 2006), The Reluctant Caregivers (Bergin and Garvey, 2000), and Moving for Work (University Press of America, 1994). Christopher White is the Director of Education and Programs at the Center for Bioethics and Culture. He writes frequently on matters of public policy and social ethics, and is a regular contributor to many print and online publications, including the Wall Street Journal, USA Today, National Review Online, Catholic World Report, Human Life Review, First Things, Public Discourse, and the National Catholic Register. He was awarded a 2013-2014 Robert Novak Fellowship. He lives in New York City.