Spirit of the Lord Is Upon Me

The Writings of Suzanne Hiatt 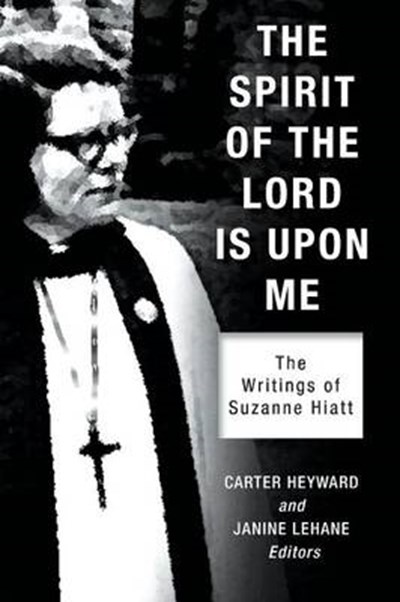 Spirit of the Lord Is Upon Me

The Writings of Suzanne Hiatt

Join now Find out more
Publisher: Church Publishing Inc
ISBN: 9781596272620
Number of Pages: 224
Published: 10/05/2014
Width: 15.2 cm
Height: 22.9 cm
Description Author Information Reviews
As we approach the 40th anniversary of the irregular ordination of the group of women who became known as the "Philadelphia Eleven," Carter Heyward and Janine LeHane gather the writings of Sue Hiatt, considered "bishop to the women" and leader of the movement that led to that momentous occasion. Quiet, introspective, passionate, strong-minded, Sue Hiatt's road to Christian feminism began as a teenager. These writings, alongside material by Carter Heyward and others critical to the movement, are a vital source of study, reflection, and inspiration.

Carter Heyward graduated from Union Theological Seminary in New York City (MA 1971, MDiv 1973, PhD 1980), Danforth Scholar, 1978-80, She was among the first group of women ordained in Philadelphia in 1974. Heyward taught at Episcopal Divinity School, 1975-2005, and has been honored with distinguished Alumae Awards from Randolph Macon Woman's College and Union Theological Seminary. She lives in Cedar Mountain, North Carolina. She is author or editor of 13 books including Keep Your Courage and The Spirit of The Lord is Upon Me, Seabury Books, and several hundred articles (both scholarly aEURO" eg, Journal of Feminist Studies in Religion, and popular aEURO" eg, The Witness, Christianity and Crisis). Janine Lehane is a poet, artist, horsewoman, and editor from Brisbane, Australia. She received her Ph.D. in Educational Policy, Planning, and Leadership from The College of William and Mary in Williamsburg, Virginia, in 2006.