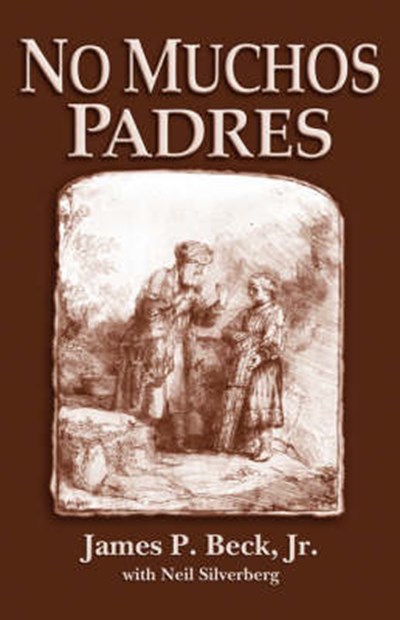 QTY
Add to Basket
Publisher: Morgan James Publishing llc
ISBN: 9781600371066
Published: 01/10/2007
Width: 14.2 cm
Height: 21.6 cm
Description Author Information Reviews
After many years of experience with churches, I observed that the maturing of the churches in general was being thwarted by the lack of genuine apostolic and five fold ministry. The book was written to illustrate the need for genuine fatherly leadership from the heart of maturity. Most books about apostolic leadership, although good and helpful, were more or less written from the point of view of application and performance of ministry rather than from the aspect of heart. Key editorial points are: Why we need leaders to be fathers. Why fathers should be honored and the results in the church when they are not. Why true blessing depends on fathers. The marks of a true apostle and how to recognize them The need for a team spirit. Passing the baton to future leaders. This book will throw great light on the understanding of those who want to see true oversight work in churches and the blessing it will bring to all concerned.

I was born in Chicago, IL while my father finished Medical School at Rush. I was fortunate thereafter to Live in Alabama, West Virgina, Massachusetts and Indiana during the first twenty years of my life. I spent a year studying history and political science in Switzerland in 1948-49. I married my wife, Jane Blair, in 1950 and we had a total of four sons over the years who are all married and have produced 14 grandchildren and 3 great grandchildren. I spent 2 years in the Army Artillery from 1953 to 1955. I then practice law in Alabama for several years. For several years I was in the business world, moving in 1964 to North Carolina where I was engaged in business and for a time associated with IBM Corporation. In 1972 I became a Christian and founded Maranatha Church in Greensboro, NC. where I was Pastor for 22 years. In 1994 I resigned the church pastorate and pursued full time traveling ministry to many churches and their pastors. In 1995, with Neil Silverberg, I founded Master Builders Fellowship, a fellowship of pastors and leaders dedicated to the purpose of strengthening churches and extending the Kingdom of God. I was born in Philadelphia, PA in 1953 in a Jewish home. At the age of thirteen, I was bar mitzvahed, the ceremony by which a boy becomes a man in the Jewish religion. After that event, my family never returned to the synagogue. I grew up getting involved deeply in drugs in the late sixties. Then, my older brother who was a drug addict became a Christian and shared the Gospel with me. In 1971 I had a powerful encounter with Jesus Christ that changed my entire life. I have never been the same since and since that time, I have devoted myself to Jesus Christ and to preaching His Gospel.