Barbara Cawthorne Crafton on What It Is and What It Isn't 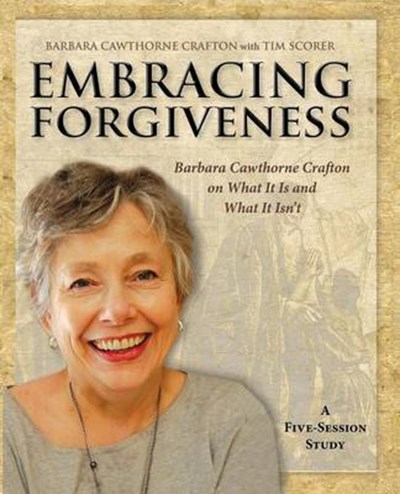 Barbara Cawthorne Crafton on What It Is and What It Isn't

Join now Find out more
Publisher: Church Publishing Inc
ISBN: 9781606741986
Number of Pages: 96
Published: 01/09/2014
Width: 14 cm
Height: 21.6 cm
Description Author Information Reviews
Join popular speaker and author Barbara Crafton as she explores forgiveness in the newest Embracing study. Like other programs, it features two components, purchased separately: (1) A DVD with five 10-15 minute presentations, followed by a video of the guest lecturer interacting with a small group as they discuss the issues, and (2) a participant workbook containing all the material needed by class participants as well as for the facilitator. 5- to 10-week study for adults and young adults Unique DVD-workbook format is like having Barbara Crafton sitting in with your small group, sharing insights and inviting you into discussion The newest installment in the successful Embracing Series. Barbara Cawthorne Crafton, begins the study Embracing Forgiveness, with clarity that eases the guilt often associated with the lack of forgiveness by saying what it isn't. It is not a job or task; it is not a conditional act to earn God's love. It is, Crafton believes, a spiritual gift given freely by a God who simply wants to connect with us. Over the course of the study, she shows how forgiveness can remove the tumor of anger from our hearts to become a means of grace that gives us back our humanity. Crafton's thoughtful insight allows participants to weigh the transforming power of forgiveness in their own lives. -Dorothy Linthicum, Instructor/Program Coordinator, Center for the Ministry of Teaching, Alexandria, VA With wisdom, wit, and theological depth Barbara Cawthorne Crafton explores the perennial topic of forgiveness from the perspective of gift rather than duty. Along the way, she exposes patterns of resistance and popular understandings that undermine our ability to receive and share the gift with others. Her informal and accessible style, together with the questions and responses of those taking part in the video recorded sessions, open the way for groups, aided by the accompanying workbook, to expand the exploration with their own insights and reflections. This study is both timely and urgently needed in a world in which judgment again and again trumps forgiveness, and Christ's work of reconciliation is held at bay. -Frank T Griswold, 25th Presiding Bishop of the Episcopal Church

BARBARA CAWTHORNE CRAFTON is a popular preacher, retreat leader, and writer who teaches at Marble Collegiate Church and at the General Theological Seminary in New York City. Her articles have appeared in the New York Times, Reader's Digest, Episcopal Life, and many other publications. She is the author of many books, including Called, The Courage to Grow Old, The Sewing Room, Living Lent, and many others. She lives in Metuchen, New Jersey. Tim Scorer writes the accompanying study guides for the Embracing series. Tim is an educator, retreat leader, and spiritual director, who lives near Vancouver, Canada. He works part time in adult faith formation at St. Andrews-Wesley United Church.