The War between Evolution and Creationism in the Classroom 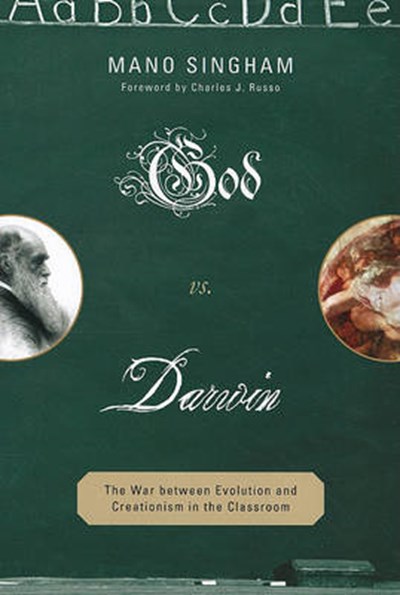 The War between Evolution and Creationism in the Classroom

QTY
Add to Basket
Publisher: Rowman & Littlefield
ISBN: 9781607091707
Number of Pages: 192
Published: 16/12/2010
Width: 15.4 cm
Height: 23.2 cm
Description Author Information Reviews
In God vs. Darwin, Mano Singham dissects the legal battle between evolution and creationism in the classroom beginning with the Scopes Monkey trial in 1925 and ending with an intelligent design trial in Dover, Pennsylvania, in 2005. A publicity stunt, the Scopes Monkey trial had less to do with legal precedence than with generating tourism dollars for a rural Tennessee town. But the trial did successfully spark a debate that has lasted more than 80 years and simply will not be quelled despite a succession of seemingly definitive court decisions. In the greatest demonstration of survival, opposition to the teaching of evolution has itself evolved. Attempts to completely eliminate the teaching of evolution from public schools have given way to the recognition that evolution is here to stay, that explicitly religious ideas will never be allowed in public schools, and that the best that can be hoped for is to chip away at the credibility of the theory of evolution. Dr. Singham deftly answers complex questions: Why is there such intense antagonism to the teaching of evolution in the United States? What have the courts said about the various attempts to oppose it? Sprinkled with interesting tidbits about Charles Darwin and the major players of the evolution vs. creationism debate, God vs. Darwin is charming in its embrace of the strong passions aroused from the topic of teaching evolution in schools.

Mano Singham is a theoretical nuclear physicist with interests in the history and philosophy of science, theories of knowledge and education, and the achievement gap. Originally from Sri Lanka, he has taught and done research at various universities and research laboratories in Sri Lanka and the United States. He is currently the Director of the University Center for Innovation in Teaching and Education and Adjunct Associate Professor of Physics at Case Western Reserve University in Cleveland, Ohio. He has also written The Achievement Gap in US Education: Canaries in the Mine (Rowman and Littlefield Education, 2005).