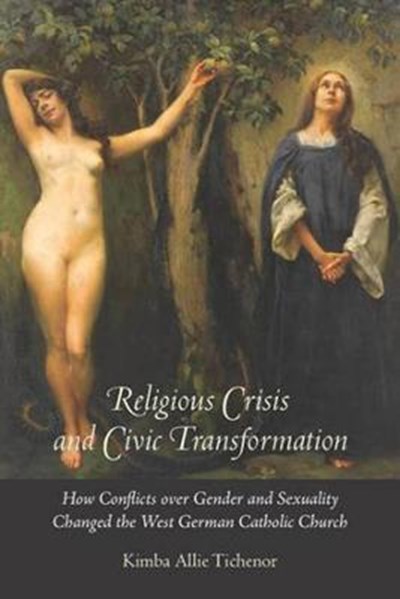 eBook FAQ
Add to Basket
Publisher: Brandeis University Press
ISBN: 9781611689099
Number of Pages: 304
Published: 26/05/2016
Width: 15 cm
Height: 22.5 cm
Description Author Information Reviews
This book offers a fresh interpretation of the connection between the West German Catholic Church and post-1950s political debates on women's reproductive rights and the protection of life in West Germany. According to Tichenor, Catholic women in West Germany, influenced by the culture of consumption, the sexual revolution, Vatican II reforms, and feminism, sought to renegotiate their relationship with the Church. They demanded a more active role in Church ministries and challenged the Church's hierarchical and gendered view of marriage and condemnation of artificial contraception. When the Church refused to compromise, women left en masse. In response, the Church slowly stitched together a new identity for a postsecular age, employing an elaborate nuptial symbolism to justify its stance on celibacy, women's ordination, artificial contraception, abortion, and reproductive technologies. Additionally, the Church returned to a radical interventionist agenda that embraced issue-specific alliances with political parties other than the Christian parties. In her conclusion, Tichenor notes more recent setbacks to the German Catholic Church, including disappointment with the reactionary German Pope Benedict XVI and his failure in 2010 to address over 250 allegations of sexual abuse at twenty-two of Germany's twenty-seven dioceses. How the Church will renew itself in the twenty-first century remains unclear. This closely observed case study, which bridges religious, political, legal, and women's history, will interest scholars and students of twentieth-century European religious history, modern Germany, and the intersection of Catholic Church practice and women's issues.

"Kimba Allie Tichenor is a modern European historian who specializes in twentieth-century German history, gender and sexuality, and Catholicism in the transatlantic world."