Man after God's Own Heart

The Life of David 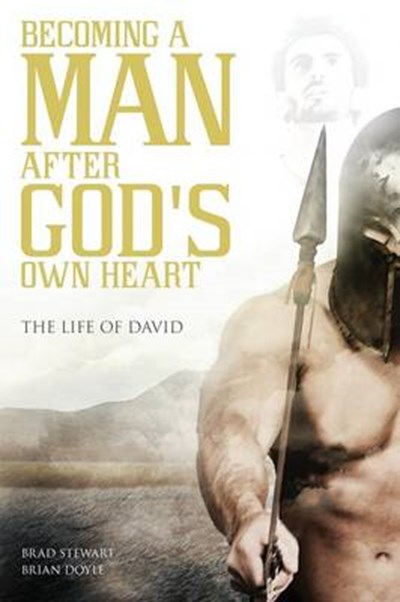 Man after God's Own Heart

The Life of David

QTY
Add to Basket
Publisher: Made For Success
ISBN: 9781613397916
Number of Pages: 104
Published: 18/03/2015
Width: 15.2 cm
Height: 22.9 cm
Description Author Information Reviews
David was a man after God's own heart . . . What does it mean to be someone "after God's own heart?" David, King, psalmist and shepherd, gives us a picture with his own life. In many ways he is an extraordinary role model, a man who was fully human but exceeded expectations and pointed others towards God. While the other side of David is most ordinary showing a life filled with destruction, chaos, tragedy and his personal struggle with sin. How then did David become the national hero of God's chosen people? Why is he the one character in the Bible described as "a man after God's own heart?" David's life offers hope to all of us. It shows that God can do extraordinary things through ordinary men and women. And David offers an insightful perspective on what it means to be truly a man, to become like David men after God's own heart. In this study David will delight and disappoint you. At times you will desire to be just like him while at others you will want to turn and run! The Life of David is one of the most colorful examples of manhood in all of Scripture. You will be introduced to select key characteristics of David's life but unlike David, we have time to make our lives right before God and to lovingly lead our homes. This interactive study features eight weeks of individual study materials with a leader's guide and suggested teaching plans at the back of the book.

Brad Stewart is the President of Kingdom Warrior. Before starting this ministry, he served as the director of men's ministry in his home church and throughout the Pacific Northwest for his denomination. While formerly in the U.S. military, Brad performed as Vice Chairman of the Board of Directors for the Yokosuka Japan Christian Serviceman's Center, and spent fifteen years making disciples while laboring in the Navigators. He is a retired U.S. Navy Senior Chief Petty Officer. He holds a B.S. from Excelsior College, Albany, New York, and an M.T.S. and D.Min. from Columbia Evangelical Seminary (CES), Buckley, Washington. In addition Brad serves as an advisory member on the CES board of regents. He lives in Washington State with his wife Barbra. Together they work to advance the Kingdom of God. You can learn more about Kingdom Warrior at www.KingdomWarrior.net or contact Brad directly at nwbattlecry@gmail.com. Brian Doyle is passionate to see churches equip men for spiritual leadership in the home, church and community. He has served with The Navigators on campuses and military bases as well as on staff with Promise Keepers in the 1990's. Brian now serves as Founder and President of Iron Sharpens Iron which equips churches to train men for spiritual leadership. He oversees the Iron Sharpens Iron Conference Network which hosts equipping conferences for men around the nation. These conferences are the most visible part of the regional ministries that equip churches to reach and build godly men. Brian also serves on the Board of Directors of The Fatherhood Commission and on the Executive Board of the National Coalition of Men's Ministries. He and his wife, Barbara, consider it a privilege to model and disciple their five children to follow Jesus Christ. You can learn more about Iron Sharpens Iron at www.IronSharpensIron.net or contact him at brian.doyle@IronSharpensIron.net.