Awakening the Seeds of Greatness 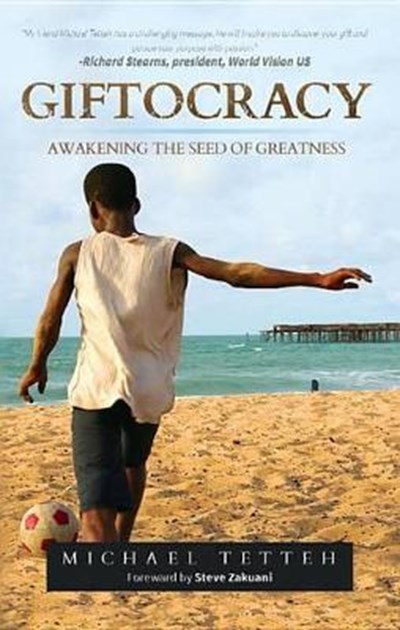 Awakening the Seeds of Greatness

Publisher: Made For Success
ISBN: 9781613398241
Number of Pages: 172
Published: 01/02/2016
Width: 14 cm
Height: 21.6 cm
Description Author Information Reviews
Nearly thirty years ago, in a tiny, impoverished Ghanaian village, a young boy dreamed of becoming a professional soccer player and competing against European powerhouse Manchester United. Despite being told that he wasn't good enough to become a professional soccer player, his dream was realized after being drafted by Seattle Sounders FC and competing against Manchester United, in front of 67,000 fans. At twenty-three years old, Michael Tetteh had realized his childhood dream. Then late one night, an encounter caused him to give up the single thing that had defined his entire life-soccer. In one moment, he surrendered to a new vision and stepped into the unknown. Was he crazy-or brave? Giftocracy takes you on an inspiring journey of self-discovery with author Michael Tetteh. Powerful lessons from real-life experiences, along with thoughts from trusted influential and transformational leaders (including Myles Munroe, John C. Maxwell and Zig Ziglar), will lead you to a new awareness. Become empowered! You can transform and transcend the opinions, conditions, and circumstances of your life. Discover the gift trapped within you...and share it with the world

Michael Tetteh was born in the Volta Region of Ghana. His soccer career began early in life, playing for the Right to Dream Academy in Ghana before moving to California. Michael's professional career began when he signed a generation Adidas contract with Major League Soccer and was drafted by the Seattle Sounders, where he played for two years. Michael founded One Kingdom Foundation, a nonprofit organization that seeks to be a catalyst for a new generation of African leaders with honorable character. Michael's vision with One Kingdom Foundation is to build a leadership school in his village where low-income kids can discover their gifts and leadership abilities, and make a difference in their world. Michael became a certified John C. Maxwell leadership coach and speaker who leads businesses and individuals to set smart goals and overcome tremendous odds. Michael's unique approach to leadership combines body, mind, and spirit to create harmony in the workplace.