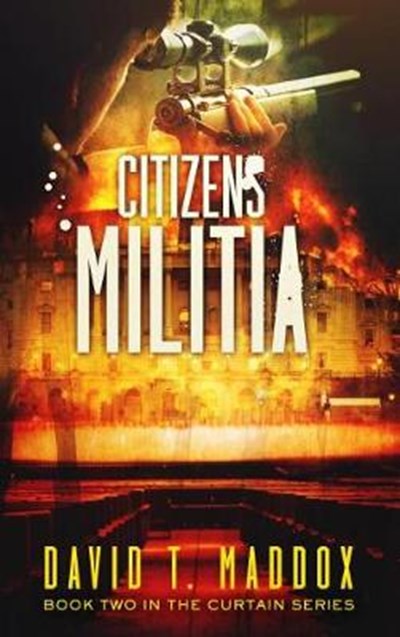 Publisher: Made For Success
ISBN: 9781613398487
Number of Pages: 236
Published: 01/01/2018
Width: 15.2 cm
Height: 22.9 cm
Description Author Information Reviews
For readers who love Screwtape Letters and books by Joel Rosenberg like The Copper Scroll A battle rages for the Soul of America...In the first pages, readers are placed amid a terrorist attack in Chicago and the planning of more attacks in the Homeland on a massive scale. Congress is ready to sell-out and cave to terrorist demands. Threats from the sky are looming, and a strike on Israel is imminent. How will America deal with this new axis of evil? Will they suffer the same fate as Israel in the hands of the Romans? Are we on the brink of the apocalypse prophesied more than 2,500 years ago? In this celestial chess game, people with vastly different agendas plan their next move. One side seeks to control by cunning, passion and deception. The other seeks to give people the Truth. An age-old spiritual war is taking physical dimensions. 7,000 miles from Washington D.C., in Tehran, Iran, the evilest of terrorist attacks is in the final stages of preparation. The real battle rages for people's hearts and minds. Light versus dark, good versus evil and no setting is more perfect than modern-day America.

DAVID T. MADDOX, after a 40-year legal career as a civil litigator and decades of prayer for revival, while teaching God's Word and making disciples, a cancer diagnosis interrupted David and gave him time to finalize a book he had written seven years earlier. However, shortly after the publication of The Curtain series-Book 1, David passed through the curtain himself to his heavenly home. He left his wife Janet, four adult children, eight grandchildren and volumes 2 & 3 of The Curtain series.