Even If You Were Perfect, Someone Would Crucify You 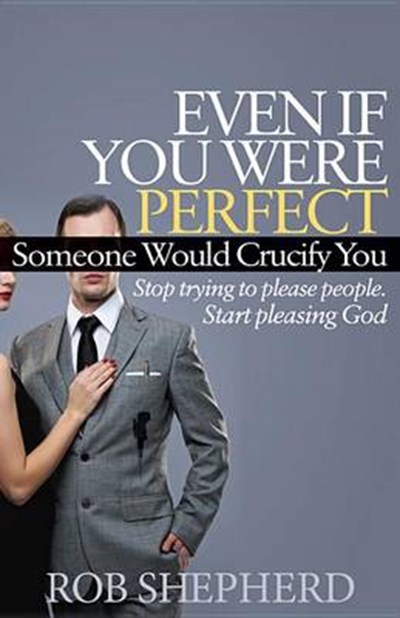 Even If You Were Perfect, Someone Would Crucify You

eBook FAQ
Add to Basket
Publisher: Morgan James Publishing llc
ISBN: 9781614485131
Number of Pages: 160
Published: 01/08/2013
Width: 13.9 cm
Height: 21.5 cm
Description Author Information Reviews
He should have seen it coming. Anonymous letters are rarely good. On the day after preaching a sermon at his church, Rob Shepherd opened a letter filled with hurtful words and a very strong opinion about how awful his sermon was. On his fourth reading of the letter, Rob heard a still small voice say, "Even if you preached the perfect sermon somebody would crucify it." That thought began the process of setting Rob free from being a lifelong people pleaser. With humor, personal stories, and great conviction Rob shares his personal story of learning to care less about what people say and more about what God says. Even If You Were Perfect Somebody Would Crucify You uncovers what our real struggle is when it comes to pleasing people. You can be set free from the fear of saying no to people, win the battle with avoiding confrontation, learn the power of confession, and find your true identity in Jesus.

Rob Shepherd is the lead pastor of Next Level Church in Newport News, Virginia. He has a Master of Divinity degree and a bachelor's in youth ministry. He writes six times a week on his blog robshep.com, which averages more than 8,500 unique views a month. The fact that anyone besides his mom reads his blog humbles him. In his mind Rob is a 6-foot-4 basketball playing, rapping, pastoral version of Will Smith. In actuality he's an average-height white dude. He loves Jesus, his family, and connecting with people. Rob and his wife, Monica, have a set of awesome twins and reside in Tidewater, Virginia.