That the Lord May Whistle

The Story of Chito the Gossiping Fly 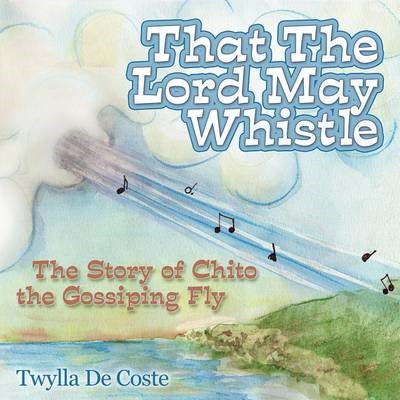 That the Lord May Whistle

The Story of Chito the Gossiping Fly

eBook FAQ
Add to Basket
Publisher: Morgan James Publishing llc
ISBN: 9781614487333
Number of Pages: 30
Published: 01/04/2014
Width: 21.5 cm
Height: 21.5 cm
Description Author Information Reviews
Chito is a bored, restless young fly who desires adventure! He especially doesn't like how his daily home school and weekly Bible routine interrupts his freedom. Excited about his first adventure, he strays far from home, unaware of the surprise that awaits him. "Little fly? There are a lot of hungry frogs, toads, and salamanders in those marshy fields." "My mother probably didn't mean this field," Chito fibbed to the large horsefly. Framed in Bible verse, That the Lord May Whistle describes the importance of Shabbat/Sabbath, or the day of rest in the Lord. This unique explanation of the power of respect ultimately offers a resolution that is both entertaining and educating for children ages four to eight.

Twylla De Coste is a self-taught fiction writer led by God's influence in her life. Her personal perspective about children and the many places she has lived is reflected in her stories. She is a former flight attendant, model, designer, and host for a pilot program in public broadcast television for latchkey children titled Community Focus with Twylla. Twylla has worked in Christian children's ministry in Asia and the United States since the age of eleven. She has also volunteered as a mentor for afterschool homework programs and helped develop at-risk preteen and teen curriculums. She is retired from a Fortune 500 company and lives in Las Vegas, Nevada.