God's Presence in the Loss of a Child

Finding Hope, Purpose and Comfort after the Death of a Loved One 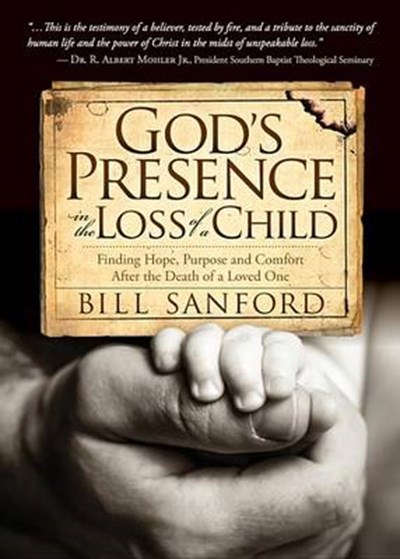 God's Presence in the Loss of a Child

Finding Hope, Purpose and Comfort after the Death of a Loved One

eBook FAQ
Add to Basket
Publisher: Morgan James Publishing llc
ISBN: 9781614487753
Number of Pages: 100
Published: 08/04/2014
Width: 12.7 cm
Height: 17.7 cm
Description Author Information Reviews
God's Presence in the Loss of Child began as simple daily accounts of the author and his wife's trials and emotions and activities during the 12 days in which their daughter was alive and in the hospital, after her birth. Following her unexpected death and through the coming months and years, they began to see and experience God's blessings and better understand some of HIS plan for their daughter's life and for them. This is a simple story of just how Bill and his wife, dealt with real life as it was quickly thrown at them early one morning in June of 1989. Hopefully, you too, will see just how good God was, and how gracious and merciful HE was to Bill and his wife during that traumatic time in their young lives, and the many years since then, as HE continues to bless them and encourage them as they seek HIS will for their lives. Their prayer is that you too, might experience the same encouragement and strength that they did during that time and even today.