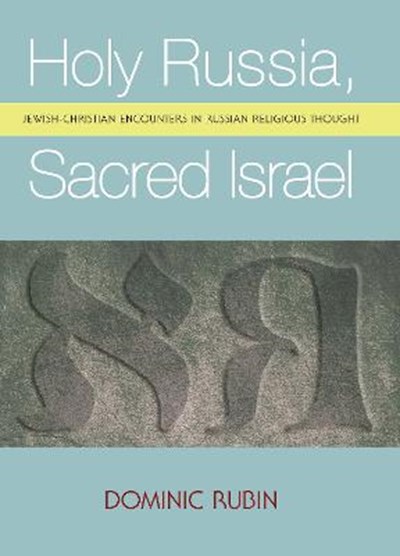 QTY
Add to Basket
Publisher: Academic Studies Press
ISBN: 9781618118202
Number of Pages: 570
Published: 14/06/2018
Width: 15.6 cm
Height: 23.4 cm
Description Author Information Reviews
Holy Russia, Sacred Israel examines how Russian religious thinkers, both Jewish and Christian, conceived of Judaism, Jewry and the 'Old Testament' philosophically, theologically and personally at a time when the Messianic element in Russian consciousness was being stimulated by events ranging from the pogroms of the 1880s, through two Revolutions and World Wars, to exile in Western Europe. An attempt is made to locate the boundaries between the Jewish and Christian, Russian and Western, Gnostic-pagan and Orthodox elements in Russian thought in this period. The author reflects personally on how the heritage of these thinkers - little analyzed or translated in the West - can help Orthodox (and other) Christians respond to Judaism (including 'Messianic Judaism'), Zionism, and Christian anti-Semitism today.