The Vatican Conference on Disarmament 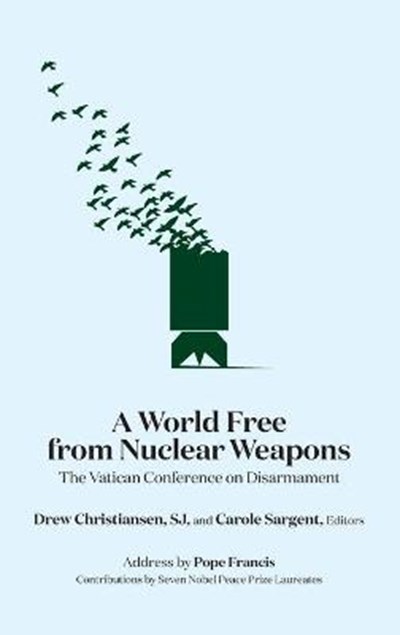 The Vatican Conference on Disarmament

QTY
Add to Basket
Publisher: Georgetown University Press
ISBN: 9781626168039
Number of Pages: 184
Published: 03/08/2020
Width: 15.2 cm
Height: 22.9 cm
Description Author Information Reviews
On November 10, 2017, Pope Francis became the first pontiff in the nuclear era to take a complete stand against nuclear weapons, even as a form of deterrence. At a Vatican conference of leaders in the field of disarmament, he made it clear that the possession of the bomb itself was immoral. A World Free from Nuclear Weapons presents the pope's address and original testimony from Nobel Peace Prize laureates, religious leaders, diplomats, and civil society activists. These luminaries, which include the pope and a Hiroshima survivor, make the moral case against possessing, manufacturing, and deploying nuclear arms. Drew Christiansen, a member of the Holy See delegation to the 2017 United Nations conference that negotiated the Treaty to Prohibit Nuclear Weapons, helps readers to understand this conference in its historical context. A World Free from Nuclear Weapons is a critical companion for scholars of modern Catholicism, moral theology, and peace studies, as well as policymakers working on effective disarmament. It shows how the Church's revised position presents an opportunity for global leaders to connect disarmament to larger movements for peace, pointing toward future action.

Drew Christiansen, SJ, is Distinguished Professor of Ethics and Human Development at the Walsh School of Foreign Service and a senior fellow at its Berkley Center for Religion, Peace, and World Affairs, both at Georgetown University. He serves as a frequent consultant to the Holy See and as a member of the steering committee of the Catholic Peacebuilding Network. Although best known for his time as editor-in-chief of America: The Jesuit Weekly, he is also the coauthor or coeditor of a number of books, including most recently Forgiveness in International Politics: An Alternative Road to Peace, and a contributing editor for the Journal of Catholic Social Thought and the Review of Faith & International Affairs. Carole Sargent is a literary historian of early modern women's political thought and founding director of Georgetown University's Office of Scholarly Publications. The author of two books, her national media platform has included NPR, CNN, The New York Times, and 60 Minutes. As an Associate of the Sacred Heart (RSCJ), she founded a faculty peace community in Washington, DC, and has presented with Drew Christiansen at the Lay Centre at Foyer Unitas in Rome, Italy, on Catholic sisters who are active in nuclear disarmament.