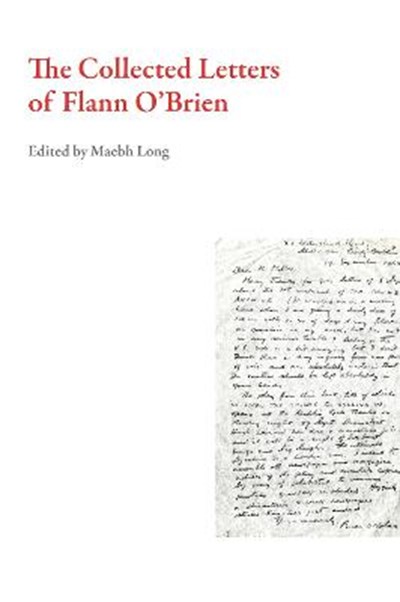 QTY
Add to Basket
Publisher: Dalkey Archive Press
ISBN: 9781628971835
Number of Pages: 672
Published: 27/04/2018
Description Author Information Reviews
An unprecedented gathering of the correspondence of one of the great writers of the twentieth century, The Collected Letters of Flann O'Brien presents an intimate look into the life and thought of Brian O'Nolan, a prolific author of novels, stories, sketches, and journalism who famously wrote and presented works to the reading public under a variety of pseudonyms. Spanning the years 1934 to 1966, these compulsively readable letters show us O'Nolan, or O'Brien, or Myles Na gCopaleen, or whatever his name may be, at his most cantankerous and profound. Edited by Maebh Long, Senior Lecturer of English, University of Waikato NZ , author of Assembling Flann O'Brien.

Flann O'Brien was one of several pseudonyms of Brian O'Nolan (1911-1966), who is considered along with James Joyce and Samuel Beckett to be one of the greatest Irish writers of the twentieth century. His novels include At Swim-Two-Birds, The Poor Mouth, The Third Policeman, The Hard Life and The Dalkey Archive. Maebh Long is a Senior Lecturer in the English Programme at the University of Waikato. She has published widely on Brian O'Nolan/Flann O'Brien, and is the author of Assembling Flann O'Brien (London: Bloomsbury, 2014), an award-winning monograph of theoretical engagements with O'Nolan's works.