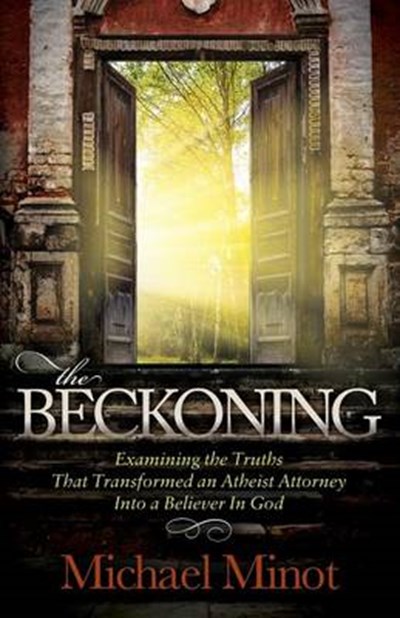 QTY
Add to Basket
Publisher: Morgan James Publishing llc
ISBN: 9781630471248
Number of Pages: 200
Published: 07/10/2014
Width: 14 cm
Height: 21.6 cm
Description Author Information Reviews
An Unexpected Journey From Atheism To Christianity "In The Beckoning: Examining the Truths That Transformed an Atheist Attorney Into a Believer In God", Michael Minot details his journey from Atheism to Christianity. Engaging and thought provoking, this story provides incite into the inner workings of Michael's deeply prejudiced atheist mind and the intense struggle that occurred when he encountered God's truths. "Encouraging to fellow believers and a revelation to skeptics, Michael Minot's recounting of how he was wooed from atheism to faith is a fascinating read, unique in its approach and thorough in its layout of his case." --- Jerry B. Jenkins, Writer of the Left Behind series "An amazing story and superbly written. "The Beckoning" may be one of the most powerful conversion stories brought to print in the last 10 years. Page after page, so many insights I never considered before. And I've been a Christ follower for more than 40 years. An outstanding read." --- Dr. Larry Thompson, Senior Pastor, First Baptist Church of Fort Lauderdale, Florida

Michael Minot is a former atheist who became convinced of the claims of Christianity as a result of an investigation he performed concerning matters of science and the Scriptures. Since his conversion, Michael has dedicated his life to sharing the truth he discovered and encourages people with his perspective of life as a former atheist. Michael has appeared on television and radio shows as well as been the guest speaker at high schools, universities, and churches throughout the country. Originally from Melbourne, FL, Michael is an author, speaker, and attorney who now lives in Colorado Springs, CO with his wife, Nichole and four of their five children.