Experiencing God Outside the Box 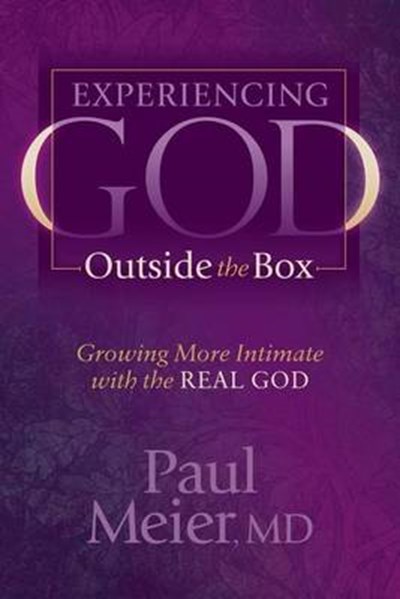 Experiencing God Outside the Box

QTY
Add to Basket
Publisher: Morgan James Publishing llc
ISBN: 9781630473877
Number of Pages: 236
Published: 12/05/2015
Width: 15.2 cm
Height: 22.8 cm
Description Author Information Reviews
The greatest calling we can have during our brief journey here on Planet Earth is to earnestly yearn and search, without prejudice, for an intimate relationship with the one and only true Creator God, outside the box. The vast masses of humans never get this deep and blindly believe whatever they have been taught about God, often out of fear of rejection by family or peers. Others see God as a Heavenly Version of their earthly fathers. Paul Meier, MD, is a psychiatrist and theologian whose books have been read by over seven million people in over thirty languages all around the world, and he describes the many prejudicial mountains that must be climbed to become intimate with the real God. Dr. Meier also gives many positive ways to assist you to make that earnest search for "Experiencing God Outside the Box".

Paul Meier, MD is the author or co-author of more than 90 books that have sold more than seven million copies in more than 30 languages. He is also the founder of the national chain of nonprofit Meier Clinics. He is a graduate of the Duke University Psychiatry Residency and is also an ordained minister and graduate of Dallas Theological Seminary, where he taught for 12 years. He has traveled around the world teaching Christian Psychology, and has appeared on hundreds of national radio and television programs, including The Oprah Winfrey Show, the Tom Snyder Show, Norman Vincent Peale's program, and on Radio Free Europe.