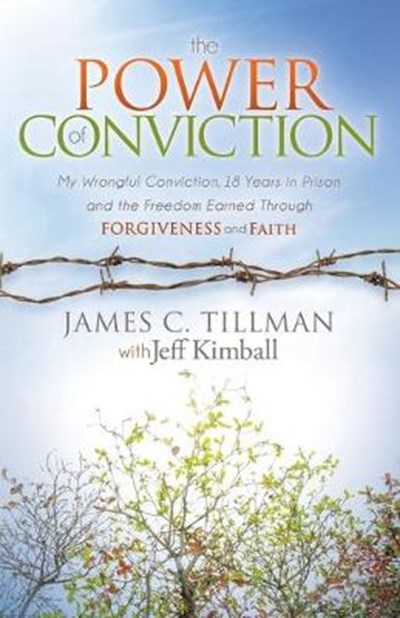 QTY
Add to Basket
Publisher: Morgan James Publishing llc
ISBN: 9781630473907
Number of Pages: 200
Published: 07/04/2015
Width: 13.9 cm
Height: 21.5 cm
Description Author Information Reviews
James Tillman was stretched out on his basement couch, relaxing after a long day of work at the car wash, the smell of sweet onions and simmering steak filling the air of his modest apartment in the projects of Hartford, Conn. His mother, a bible perched nearby, was softly singing a hymn when she was shaken by the thundering sound of pounding on the front door. It wasn't a knock; it was an act of sheer force. In an instant, the police burst in, lifted James out of his home and shoved him into prison, arresting him for the brutal rape of a young corporate executive. For over 18 years, James professed his innocence, through the investigation, trial, appeals, and to anyone who would listen. Finally, after a series of extraordinary events, the Connecticut Innocence Project took up James' case, eventually winning his freedom-the first person to be exonerated in the state through the use of DNA. This is an inspirational story about the power of conviction: the wrongful conviction that sent James Tillman to prison for over 18 years, and the power of his own conviction that helped him persevere, offer a transformational forgiveness and earn a redemption that is so valued he remarkably calls his experience in prison, "a gift." "The Power of Conviction" is for people who are facing tough times. You will understand that you're not alone, that things can be brutally bad and we can react poorly at times, but where there is love, there is always hope. How did James Tillman endure 18 years of hell in prison? What specific lessons can you learn about the transformational power of forgiveness, love and conviction? When faced with your own challenges in life, what will you choose?

James Tillman, one of the most positive and inspirational people you will ever meet, spent over 18 years in prison for a crime he did not commit, and was the first person in Connecticut released through the use of DNA. Remarkably, James calls his experience in prison, "a gift," because it ultimately changed his life for the better, helping him learn that everything can be taken except our ability to choose what we believe. So, despite living in what some would describe as Hell on earth, James endured by harnessing the power of forgiveness, love and conviction. James, who has appeared extensively in the media, is a sought-after inspirational speaker who offers 10 specific lessons from his experience that can help others realize the power of conviction in their own lives. James, 51, who never had the opportunity to go to college, is now pursuing a degree in social work at Goodwin College. Jeff Kimball, co-writer, is an award-winning writer and author of "Community, Connection & Conversation: Making Social Media work for Business." A former political and press aide to U.S. Sen. Joseph R. Biden, Jr. and John D. Rockefeller IV, Jeff is a coveted ghostwriter, former PR executive on Wall Street and a marketing and media consultant, who has close ties to members of the media and key players on Wall Street, in Silicon Valley and in Washington.