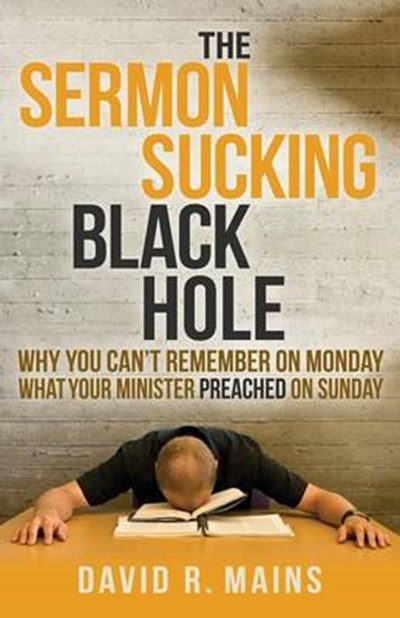 QTY
Add to Basket
Publisher: Morgan James Publishing llc
ISBN: 9781630474195
Number of Pages: 200
Published: 12/05/2015
Width: 13.9 cm
Height: 21.5 cm
Description Author Information Reviews
Very little communication takes place between most pastors/priests and their congregants regarding the weekly sermon/homily. This lack of constructive dialogue has resulted in Sunday messages that are not only out-of-touch with where parishioners are living, but for the most part what's said isn't remembered much beyond the church parking lot. Dr. Mains contends that people in the pew can best judge when a sermon is helpful to them and when it isn't. So why not include them in the process of both preparing and evaluating sermons? Not preaching the sermons. . . . .but again, preparing and evaluating them. He makes these changes sound so simple and practical that you can't help but wonder, "Why weren't these ideas implemented years ago?" Most people in the pew don't realize how integral they are to finding a solution to this problem. But the pulpit/pew combination can be an incredibly powerful team, so let's begin to work together to help solve this mystery of what's happening to sermons. This is not a negative book or one that only points out problems. Instead, it's a positive, practical and encouraging read that should fill you with hope for not only your local congregation, but churches everywhere.

Dr. David R. Mains left pastoring to spend over two decades in media ministry. "You Need to Know", which he hosted and produced, won the 1995 National Religious Broadcasters' "Television Program of the Year" award. His 15-minute Chapel of the Air was heard Monday through Saturday on over 500 radio stations across North America. He and his wife, Karen, have written over three dozen books, including national-award-winners such as "The Kingdom Tales Trilogy."