A Journey to the Face of God 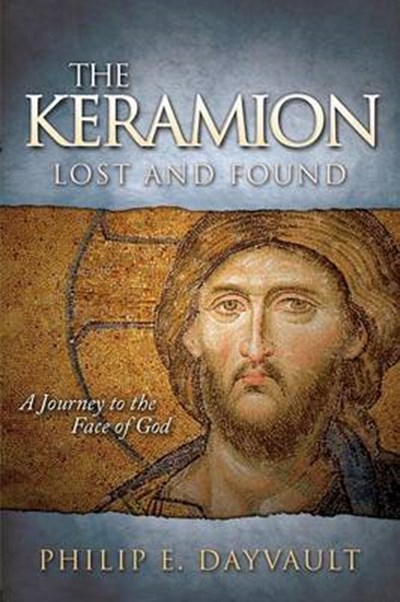 A Journey to the Face of God

eBook FAQ
Add to Basket
Publisher: Morgan James Publishing llc
ISBN: 9781630476427
Number of Pages: 322
Published: 16/02/2016
Width: 15.2 cm
Height: 22.8 cm
Description Author Information Reviews
The Keramion, Lost and Found The Shroud of Turin, the traditional burial cloth of Jesus Christ, is either authentic or not. "It is one or the other, there is no middle ground." The Keramion, Lost and Found provides new answers to settle that centuries-old debate. In 2000, I began a quest for ancient oil lamps in a faraway land, but it soon became an epic journey to the Face of GOD. Questions posed were: * Could a small mosaic found in a faraway museum possibly have anything to do with numerous ancient, classical depictions of Jesus Christ? * Could it bear an actual Image of the GOD-Man, an Image of GOD Incarnate; and, perhaps, be the earliest known portrait image of Jesus Christ? * Could it confirm vital, key elements of a 1700-year-old legend surrounding Early Christianity? * Could it possibly corroborate the authenticity of the Shroud of Turin as the First Century burial cloth of Jesus Christ? * Could the small mosaic, the ISA Tile, be the actual historical Keramion? Experience the providential discovery of the "key," a beautiful mosaic that unlocks some of the mysteries of the Shroud and ancient, classical depictions of Jesus Christ in sacred art. As a former FBI Special Agent, I instinctively conducted this research from an investigative perspective. Now, ample evidence from this resolute and intriguing pursuit of the truth is finally revealed, "for such a time as this." "Buckle up", and come along on this amazing journey. Join my guide and translator, Hafize, and me on this trip of a lifetime. We traversed Turkey in search of ancient oil lamps, but found something much more illuminating. Be advised, though, you may also find something, perhaps, that you have been seeking all your life...the Truth! Philip E. Dayvault Raleigh, NC, USA www.keramion502.com

Philip Dayvault, a graduate of the University of North Carolina at Chapel Hill, served with the FBI, both as a former Special Agent and Physical Science Technician. Other professional career positions included sales, investment brokerage, management and security management consulting. Since 1973, Dayvault has studied the Shroud of Turin, the traditional burial cloth of Jesus Christ, and later served as the director of a local Shroud research organization. In 2000, he began independently investigating aspects of the Shroud, related relics, and sacred art. Dayvault lives in North Carolina, where he continues writing about other "new, unique, historical, and never-before-seen" discoveries. Stay tuned!