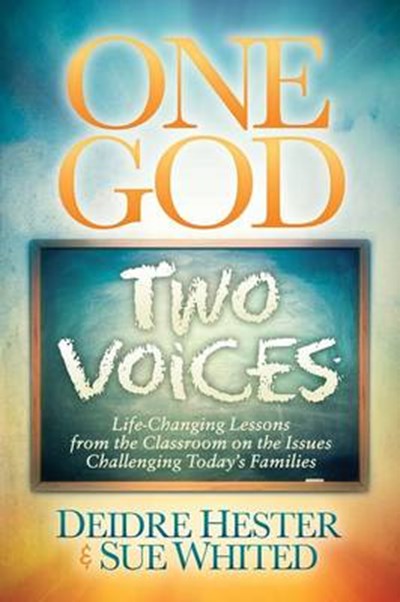 QTY
Add to Basket
Publisher: Morgan James Publishing llc
ISBN: 9781630477103
Number of Pages: 240
Published: 10/05/2016
Width: 15.5 cm
Height: 23.3 cm
Description Author Information Reviews
From the hills of West Virginia to the ghettos of New York City, two teachers-one an older Caucasian and the other a younger African-American-somehow find each other in the halls of a middle school in Hampton, VA. Becoming the best of friends, they join together to educate their eighth-grade students in curriculum and life. God instills in each of them the desire to make a difference where they are, for the future. "One God Two Voices: Life-Changing Lessons from the Classroom on the Issues Challenging Today's Families" comes from their hearts as they speak to teachers, parents, students, and the world at-large on diverse topics, such as the racial divide (from the O.J. Simpson trial and teaching Allen Iverson to the Trayvon Martin and Michael Brown situations of today), repeating history, "acting white," and the reality of being a teacher while maintaining your integrity, sanity, and sense of humor. From One God Two Voices: "I can still remember the first time I ever experienced the loss of a student. One Friday he was there; by Monday, he was gone. He had sung the Boyz II Men version of 'It's So Hard to Say Good-bye to Yesterday' in the eighth-grade talent show. How ironic his choice of music had been. It was almost as if this song had prophesied his untimely end from a gunshot wound. That endless week of talking, counseling students, crying with them, and finally speaking at his funeral was one I will never forget." "One God Two Voices" shares unique and personal stories from the two teachers' team and individual teaching experiences, weaving cultural differences, racial harmony, societal issues, and Christianity in this updated version of their 2004 publication of For Such A Time As This . . . We Are But Small Voices.

Deidre Boone Hester holds professional certifications as a secondary English teacher and a guidance counselor with the Florida Association of Christian Colleges and Schools, Inc., and began her career as an educator in 1985. She has taught in public and private schools in Charlotte, North Carolina; Killeen, Texas; Newport News, Hampton, and Suffolk, Virginia; Gates County, North Carolina; Yokosuka, Japan; and in Jacksonville, Florida, where she resides with her family since her husband's retirement from the United States Navy. She and her husband of twenty-seven years are active in ministry at The Potter's House International Ministries, where Deidre continues to serve students at The Potter's House Christian Academy as well as helps with the food, clothing, and discipleship ministry of their church. Sue E. Whited experienced life as a military wife for twenty years before her husband retired from the United States Air Force in Hampton Roads, Virginia, where she completed her bachelor's degree in Middle School and Gifted Education at Christopher Newport College (now University). She worked and taught at three middle schools in Hampton, Virginia, for twenty-fours years while growing in her Christian faith at Liberty Baptist Church. Her retirement from the classroom led to a home in the "Whited Woods" of rural Washington, West Virginia, with her husband of nearly fifty years, and becoming involved in the music, food pantry, and children's ministries of Fairlawn Baptist Church in Parkersburg, West Virginia.