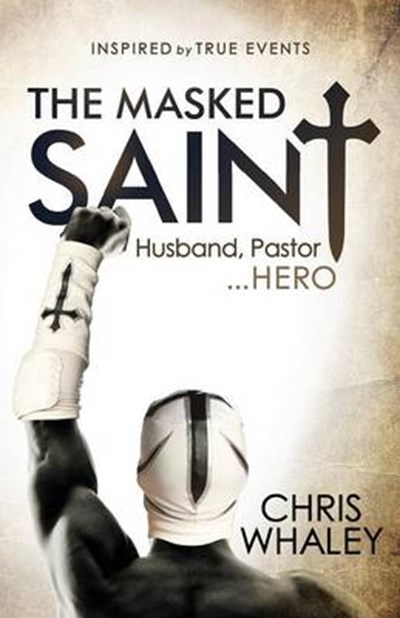 QTY
Add to Basket
Publisher: Morgan James Publishing llc
ISBN: 9781630477967
Number of Pages: 134
Published: 05/01/2016
Width: 13.9 cm
Height: 21.5 cm
Description Author Information Reviews
The Masked Saint revolves around the life of Chris Samuel, a professional wrestler and family man who realizes he needs something more. His calling to become a pastor prompts him to retire from wrestling and move with his wife and daughter to a small town. Yet the battles he faced in the ring are minor compared to the challenges he must overcome at his new church. From an overbearing congregant and failing attendance to mounting bills for church repairs, Chris has his hands full. Chris finds an ally in Miss Edna, an elderly woman from his church, who gives him sage advice and shares her wisdom in a book of writings. Unbeknownst to him, she is also a wrestling fan and encourages him to use his talents to take action, tricking him into reconnecting with his old colleagues-including a shady wrestling promoter. When Chris stumbles onto a fight on the seedy side of town, his wrestling skills take down the assailant and a masked vigilante is born. In order to raise some funds, Chris returns to the ring professionally, and things begin to seemingly improve for the church. His life as a pastor and wrestler soon take up most of his time though-not to mention Samuels' shrouded crime-fighter is now being sought by the police. His talent, as well as his violent secret identity, begins to overshadow his calling as a Pastor, and it takes his faith, family and Miss Edna to remind him about grace, goodness and the truth. The Masked Saint was written by and inspired by true events in the life of pastor Chris Whaley, and is now an award winning motion picture. The movie was filmed entirely in Northern Ontario, and features icons of the screen such as Diahann Carroll, and the late World Championship Wrestling (WCW), WWF and WWE star 'Rowdy' Roddy Piper alongside Brett Granstaff and Lara Jean Chorostecki. The Masked Saint film opens in theaters nationwide on January 8, 2016. For more information please visit http://themaskedsaintmovie.com/.

Chris Whaley is a former professional wrestler and has been a Southern Baptist pastor for 30 years. The Masked Saint is based on his own life; he wrestled under the ring name, The Saint, from 1978 - 1988. He was trained by the Great Malenko, and wrestled such greats as Rocky Johnson (father of Dwayne Johnson) and the Undertaker. Chris married his high school sweetheart; they have two daughters and live in Florida.