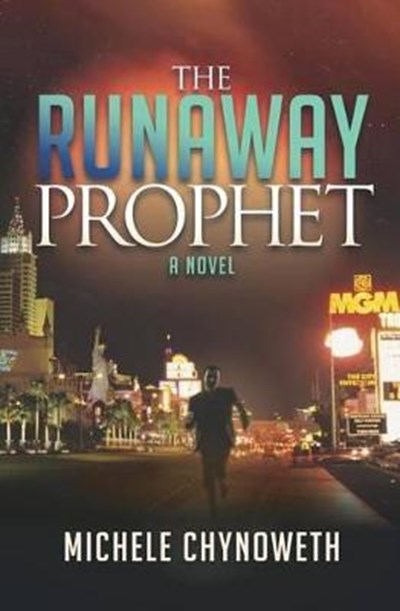 Publisher: Morgan James Publishing llc
ISBN: 9781630478087
Number of Pages: 308
Published: 05/07/2016
Width: 13.9 cm
Height: 21.5 cm
Description Author Information Reviews
From the author of the best-selling novels The Faithful One and The Peace Maker comes another captivating modern-day Bible story that will grip you and not let go. Rory Justice leads a relatively normal life as a conservative, divorced, middle-aged ad agency account executive. He doesn't like to rock the boat, but that's just what happens when his retired FBI agent father, on his deathbed, asks Rory to hand-deliver a sealed letter to the Las Vegas sheriff's department. The letter details plans by a new Islamic State mafia running the casinos to destroy the city with an underground nuclear bomb. Instead of delivering the letter warning Vegas of its impending doom, Rory tries to run. He mails the letter and jumps onto a cruise ship, only to find himself entangled in a series of horrific misfortunes. Rory is eventually brought back to Vegas, where he ends up helping FBI and police investigators who have forty days to uproot the mafia and the bomb they've planted before it destroys Sin City. In the process, he finds himself confronting the very low-lifes he abhors-prostitutes, gamblers, drug addicts and thugs-and falls in love with police lieutenant Susan McAfree, a tough yet vulnerable officer on his team. But can this new-found love outweigh the hate he feels for the sinners she lives among and works to save? Full of intrigue, suspense, and a little romance, The Runaway Prophet delivers the message that you can try to run from God's call, but you can't hide and that sometimes, by rescuing other people, God rescues you in the process. "Those who cling to worthless idols forfeit the grace that could be theirs...Salvation comes from the Lord." - Jonah 2:8-9 (NIV)

Michele Chynoweth retells Bible stories through contemporary fiction filled with suspense and romance that entertains and spreads God's Word. She is a graduate of the University of Notre Dame who, prior to becoming an author, worked as an investigative news reporter and ad agency owner. Michele is the author of two other acclaimed novels that are also modern-day Bible stories: The Faithful One, based on the Book of Job, which won the 2014 Readers Favorite Book Award Silver Medal for Inspirational Fiction, and The Peace Maker, based on the story of David and Abigail from the First Book of Samuel. In addition to being a best-selling author, Michele is a book coach and an award-winning inspirational speaker. Visit her at www.michelechynoweth.com