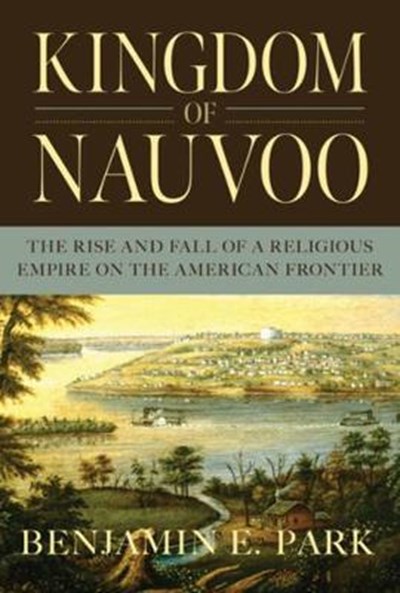 QTY
Add to Basket
Publisher: WW Norton & Co
ISBN: 9781631494864
Number of Pages: 336
Published: 02/06/2020
Width: 16.5 cm
Height: 24.4 cm
Description Author Information Reviews
Compared to the Puritans, Mormons have rarely gotten their due, treated as fringe cultists at best or marginalized as polygamists unworthy of serious examination at worst. In Kingdom of Nauvoo, the historian Benjamin E. Park excavates the brief life of a lost Mormon city, and in the process demonstrates that the Mormons are, in fact, essential to understanding American history writ large. Drawing on newly available sources from the LDS Church-sources that had been kept unseen in Church archives for 150 years-Park recreates one of the most dramatic episodes of the 19th century frontier. Founded in Western Illinois in 1839 by the Mormon prophet Joseph Smith and his followers, Nauvoo initially served as a haven from mob attacks the Mormons had endured in neighboring Missouri, where, in one incident, seventeen men, women, and children were massacred, and where the governor declared that all Mormons should be exterminated. In the relative safety of Nauvoo, situated on a hill and protected on three sides by the Mississippi River, the industrious Mormons quickly built a religious empire; at its peak, the city surpassed Chicago in population, with more than 12,000 inhabitants. The Mormons founded their own army, with Smith as its general; established their own courts; and went so far as to write their own constitution, in which they declared that there could be no separation of church and state, and that the world was to be ruled by Mormon priests. This experiment in religious utopia, however, began to unravel when gentiles in the countryside around Nauvoo heard rumors of a new Mormon marital practice. More than any previous work, Kingdom of Nauvoo pieces together the haphazard and surprising emergence of Mormon polygamy, and reveals that most Mormons were not participants themselves, though they too heard the rumors, which said that Joseph Smith and other married Church officials had been "sealed" to multiple women. Evidence of polygamy soon became undeniable, and non-Mormons reacted with horror, as did many Mormons-including Joseph Smith's first wife, Emma Smith, a strong-willed woman who resisted the strictures of her deeply patriarchal community and attempted to save her Church, and family, even when it meant opposing her husband and prophet. A raucous, violent, character-driven story, Kingdom of Nauvoo raises many of the central questions of American history, and even serves as a parable for the American present. How far does religious freedom extend? Can religious and other minority groups survive in a democracy where the majority dictates the law of the land? The Mormons of Nauvoo, who initially believed in the promise of American democracy, would become its strongest critics. Throughout his absorbing chronicle, Park shows the many ways in which the Mormons were representative of their era, and in doing so elevates nineteenth century Mormon history into the American mainstream.

Benjamin E. Park is assistant professor of history at Sam Houston State University. The author of American Nationalisms, he has written for the Washington Post, Newsweek, and the Houston Chronicle. He lives in Conroe, Texas.