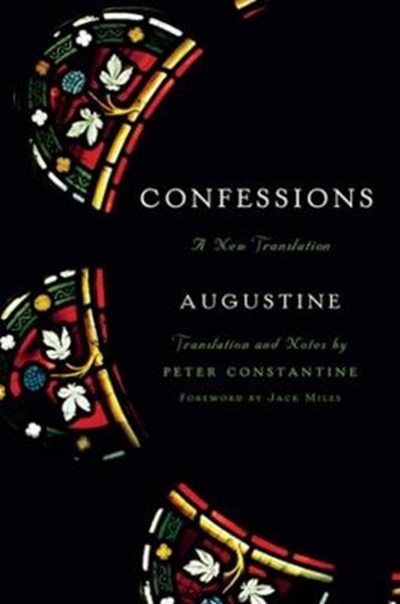 QTY
Add to Basket
Publisher: WW Norton & Co
ISBN: 9781631496004
Published: 09/04/2019
Description Author Information Reviews
No modern, well-versed literature lover can call their education complete without having read Augustine's Confessions. One of the most original works of world literature, it is the first autobiography ever written, influencing writers from Montaigne to Rousseau, Virginia Woolf to Stephen Greenblatt. It is here that we learn how one of the greatest saints in Christendom overcame a wild and reckless past. Yet English translators have emphasised the ecclesiastical virtues of this masterpiece, at the expense of its passion and literary vigour. Restoring the lyricism of Augustine's original language, Peter Constantine offers a masterful and elegant translation of Confessions.

Peter Constantine is the director of the Program in Literary Translation at the University of Connecticut, the publisher of World Poetry Books, and editor-in-chief of the magazine New Poetry in Translation. A prolific translator from several modern and classical languages, Constantine was awarded the PEN Translation Prize for Six Early Stories by Thomas Mann, the National Translation Award for The Undiscovered Chekhov, the Helen and Kurt Wolff Translator's Prize for his translation of The Bird Is a Raven by Benjamin Lebert, and the Koret Jewish Book Award and a National Jewish Book Award citation for The Complete Works of Isaac Babel. Jack Miles is Distinguished Professor Emeritus of English and Religious Studies with the University of California at Irvine and Senior Fellow for Religious Affairs with the Pacific Council on International Policy. He spent 1960-1970 as a Jesuit seminarian, studying at the Pontifical Gregorian University in Rome and the Hebrew University in Jerusalem before enrolling at Harvard University, where he completed a Ph.D. in Near Eastern languages in 1971. His book God: A Biography won a Pulitzer Prize in 1996. Its sequel Christ: A Crisis in the Life of God led to his being named a MacArthur Fellow for 2003-2007. The third in this trilogy, God in the Qur'an, was published in 2018. Miles is general editor of The Norton Anthology of World Religions and, most recently, the author of Religion As We Know It: An Origin Story.