Living with a Dying Heart: A Memoir 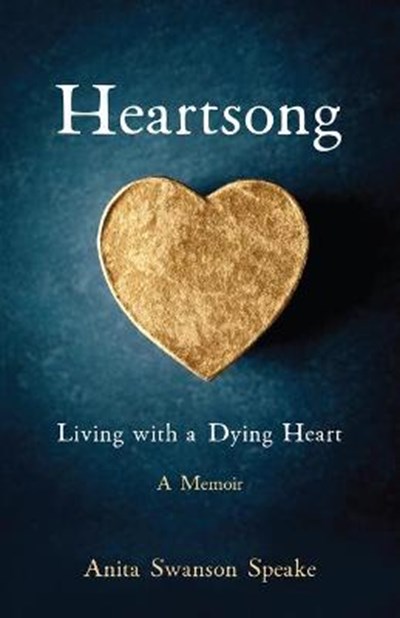 Living with a Dying Heart: A Memoir

Publisher: She Writes Press
ISBN: 9781631524370
Number of Pages: 168
Published: 14/05/2019
Width: 13.9 cm
Height: 21.5 cm
Description Author Information Reviews
Anita Swanson Speake's story begins with a diagnosis: idiopathic cardiomyopathy. At sixty-five, she had just found out that her heart was dying. When she got the news, she was in her late sixties. Her girls were raised and gone. Her three decades of high-stress nursing was behind her. She was living with her hopefully last, and certainly best, husband in a big, contemporary house with lots of glass on a lake in rural Northern California. She loved her life. But she didn't love her scary new medical condition-or the many awful side effects of the medications her doctor promised would serve as a crutch for her heart. As she struggled with all this, Speake began to see herself as a member of the dying rather than the living. And over time, she began to ponder a new question: "Do I really want to get well?" Heartsong takes readers on an often humorous, sometimes sad journey through the best of Western medicine, complemented by a sampling of alternative and Eastern support systems-and through Speake's evolving relationship with God-as she navigates this transition. Ultimately, with the help of her doctors, a Reiki practitioner, a Mindfulness coach, and her deep, abiding faith, Speake found renewed purpose late in a changing life-and realized God was waiting there for her all along.

Anita Swanson Speake was born and raised in Minnesota. She completed her nurse's training and began her nursing career in Minneapolis before moving to Los Angeles. She spent thirty one years working as a registered nurse in emergency rooms and intensive care units. As she finished her career in nursing she was looking for something a little lower in stress and found exactly what she was looking for at the UCLA Writer's Program and the Iowa Writer's Summer Workshop. Her first book, Slow Hope: The Long Journey Home, was awarded four-and-a-half stars by Writer's Digest. It also captured first place in Taproot Literary Review. Speake currently lives with her husband in Southern California, where she writes and tries to stay fit enough to keep up with her eight grandsons.