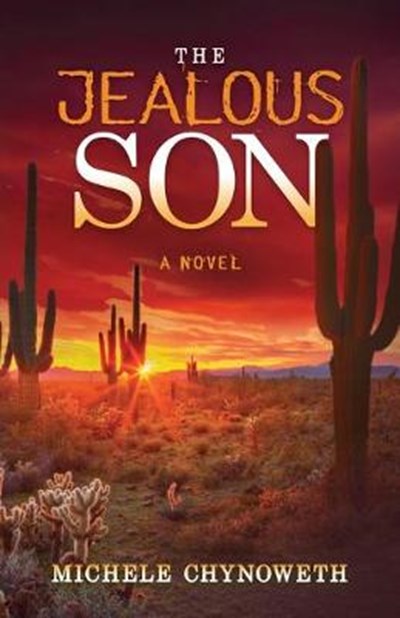 QTY
Add to Basket
Publisher: Morgan James Publishing llc
ISBN: 9781631950483
Number of Pages: 304
Published: 31/03/2020
Width: 13.9 cm
Height: 21.5 cm
Description Author Information Reviews
"Chynoweth manages to make the story feel incredibly visceral. She shows a talent for taking small details from the original Bible story and turning them into valuable plot developments...the key to the novel's success is the author's ability to provide deep insights into her characters' tumultuous mental states. A bold, tragic, and emotionally exploratory drama." - KIRKUS REVIEWS Banned from their home in the Navajo Nation as a result of their disobedience, Eliza and Alex Trellis build a new life for themselves and their two sons. Although life is a daily struggle, the boys grow up healthy and happy-until the oldest son Cameron starts to become envious of his younger brother and bandmate Austin, who gets everything he wants-fame, fortune and all that goes with it. Jealous that his brother seems to unfairly gain the attention of their parents, the accolades of the world and the love of his girl, Cameron seeks to find justice once and for all. A modern-day take on the story of Cain and Abel, The Jealous Son portrays what happens when envy goes too far.

Michele Chynoweth is the best-selling author of The Faithful One, The Peace Maker, The Runaway Prophet and The Jealous Son, contemporary suspense novels that re-imagine Bible stories. She is also an inspirational public speaker who has addressed a variety of writers' conferences and other organizations across the country, a book coach/editor, and a college writing instructor. Michele has been featured on many TV news shows and has appeared on NBC, FOX, and CBS affiliate programs and several national radio shows including Sirius XM's "The Sonrise Morning Show" on EWTN and "Seize the Day with Gus Lloyd" on the Catholic Channel. Her novels have won numerous awards including New Apple Book Award for Best Cross Genre Fiction, Book Excellence Award for Best Religious Fiction, Top Shelf Magazine Indie Award for Best Inspirational Fiction, Selah Award for Best Suspense and Readers Favorite International Book Awards for Inspirational Fiction. A graduate of the University of Notre Dame, Michele lives with her husband in North East, Maryland.