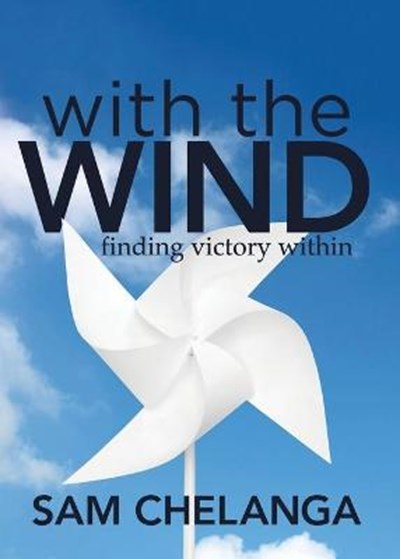 QTY
Add to Basket
Publisher: Morgan James Publishing llc
ISBN: 9781631951527
Number of Pages: 144
Published: 28/07/2020
Width: 12.7 cm
Height: 17.7 cm
Description Author Information Reviews
With the Wind reveals the key to finding the triumph from within and the champion within everyone. Many people find themselves living a life they in no way predicted or foresaw. With the Wind is an attempt to show that although people are different in so many ways, they are more alike than they may realize. It is there in that place of likeness that lays the root to the joy that is sought after. The joy, just as the likeness, was there all along. With the Wind is a true story, written by the man himself who ran his way out of poverty in Rural Kenya, to becoming a collegiate track star and National Champion, to now wearing the Army Green and serving in the US Military. Within its pages, Sam Chelanga gives his raw and inspirational take on life and paves the way to finding the champion within everyone.

Born in a small remote village in Saimo Hills, Kenya, Sam Chelanga is now a name known by many. Sam is one of the fastest long-distance runners in the world. He has won four NCAA Division One national titles, holds the NCAA Division One 10,000-meter record with the time of 27:08, ran the second fastest indoor 5k time ever run in United States history with a time of 13:04, has run 60:37 for the half marathon, won five national titles, was the champion of the World's Best 10k in San Juan Puerto Rico, and was the alternative for the 2016 Rio Olympics. Sam retired from running in 2018 to join the US Army and is now a 2nd Lieutenant working as a Platoon Leader in Ft. Jackson, SC. Sam has a roaring engine that has propelled him from rural Kenya, to wearing medals around his neck, and to now wearing the Army green. In his professional career he was sponsored by Nike Inc. and upon joining the Army he was featured on ABC 20/20's episode 'The Real Rookies'.