All We Need is a Pair of Pliers 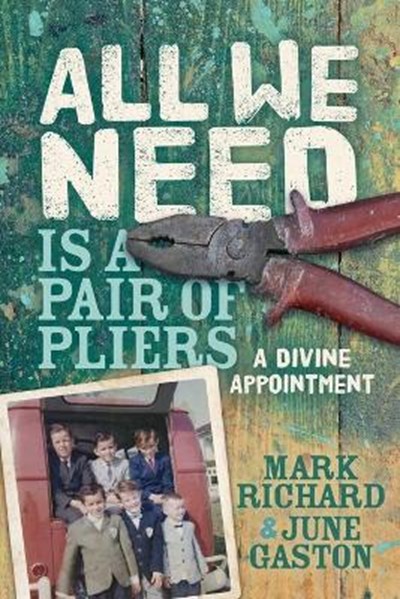 All We Need is a Pair of Pliers

eBook FAQ
Add to Basket
Publisher: Morgan James Publishing llc
ISBN: 9781631952241
Number of Pages: 230
Published: 20/04/2021
Width: 15.2 cm
Height: 22.8 cm
Description Author Information Reviews
All We Need is a Pair of Pliers is the amazing story of how God took the life of a man who was in rebellion and changed the world of so many, one precious soul at a time. Mark Richard's parents divorced in his early teens, and he and his brothers grew up with no parental supervision. He struggled with undiagnosed learning disabilities which led to failures in school. Eventually, this led to his rebellion in the days of the hippy culture and drugs. Throughout it all, Mark always sought something "more" in his life. Miraculously, God got his attention and he was saved. Mark was totally unqualified for the ministry that God planned for him. If he would have taken others' advice, he would have never driven the first trailer load of wheelchairs to Guatemala in 1988 - this was dangerous and total reckless faith. Fortunately, that act of obedience led to another trip, and another, to eventually become The Beeline which is an incredible ministry that has impacted hundreds of thousands. Within All We Need is a Pair of Pliers, shows how Mark developed a platform, The Beeline, that is a game-changer for the millions of people worldwide who need an appropriate wheelchair. Throughout its pages, readers learn that all they need to say is, "You know what, I think God can use me!".

Mark Richard currently resides in Guatemala with his wife Esther, splitting his time between the wheelchair factory and the coffee farm. God uniquely prepared him in many different ways throughout his life for his calling- no school could have taught what Mark learned as he journeyed through life, paying attention to God's hand on him. June Gaston resides in South Dakota with her husband, Kent. She is an educator who met Mark doing mission work and realized that his story needed to be told.