A Rationale for Faith 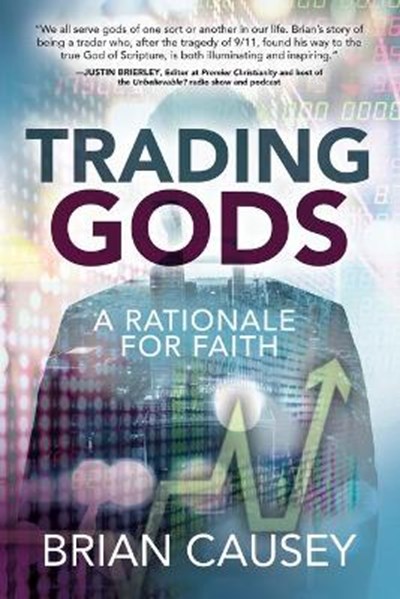 A Rationale for Faith

eBook FAQ
Add to Basket
Publisher: Morgan James Publishing llc
ISBN: 9781631952692
Number of Pages: 256
Published: 13/04/2021
Width: 15.2 cm
Height: 22.8 cm
Description Author Information Reviews
Suddenly, Brian Causey found himself stumbling over life's greatest questions: Why are we here? How did the universe and life begin? Why is there suffering in the world? What happens after we die? If there is an afterlife, how do I get there? A portfolio manager at a large investment company, Brian would leave the trading floor each day with these questions swirling in his head. What he came to realize was that he had to make a decision: would he trade the god he had been following, under which he could make his own rules, without subscribing to any larger organization or authority-for the "real" God? The more he researched the difficult questions of life; the clearer God's truth became. Brian ultimately concluded that the evidence points in the direction of God's existence. In Trading Gods, he shares his personal journey, rationale for faith, and the supporting research that explains why the real God is the best answer to life's biggest questions.

Brian Causey is Director at a Seattle, Washington based investment company, managing a team focused on various portfolio solutions for large institutions. A licensed registered representative and CFA (R) charterholder, over his career as a portfolio manager, Brian has instructed trades valued at approximately a trillion dollars. He is actively involved in local ministries, teaches apologetics classes at his church, blogs about spiritual matters, and speaks at men's retreats. Brian and his wife, Karlie, have a son (Blaise) and live near Alki Beach in Seattle, Washington.