Pulling Back the Iron Curtain

Stories from a Cold War Missionary 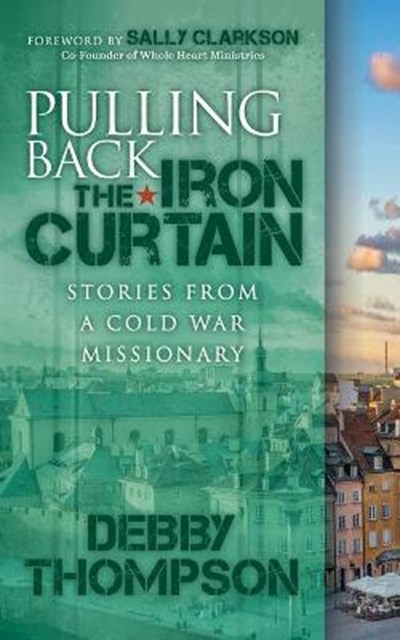 Pulling Back the Iron Curtain

Stories from a Cold War Missionary

QTY
Add to Basket
Publisher: Morgan James Publishing llc
ISBN: 9781631955198
Number of Pages: 200
Published: 12/10/2021
Width: 12.7 cm
Height: 20.3 cm
Description Author Information Reviews
While the world was reading one story, God was writing another. In 1977, amidst the bitterly cold days of the frigid Cold War, a young couple responded to God's dramatic call on their lives to go and live covertly behind The Iron Curtain. Filled with faith and buffeted by fear, they left the familiarity of family and the security of NATO to locate behind enemy lines inside Communist Poland in order to establish a Kingdom beachhead of evangelism and discipleship. From award-winning author Debby Thompson, Pulling Back the Iron Curtain is a collection of personal and intimate stories revealing a firsthand account of that unique assignment. Now, with authenticity and vulnerability, this pioneer missionary makes known to the world the tender and dramatic workings of God even behind the Iron Curtain.

In total, the Thompsons spent 33 years ministering in Eastern Europe, ultimately leading Cru's work in 20 European nations. Together with their three children, they were witnesses to a period of dramatic social, political, and spiritual change. Now living in Cincinnati, Ohio, Debby Thompson, an active grandmother of six, is also a sought-after speaker, writer, and mentor for women around the world.