Woke Church Tactics and How to Engage Them 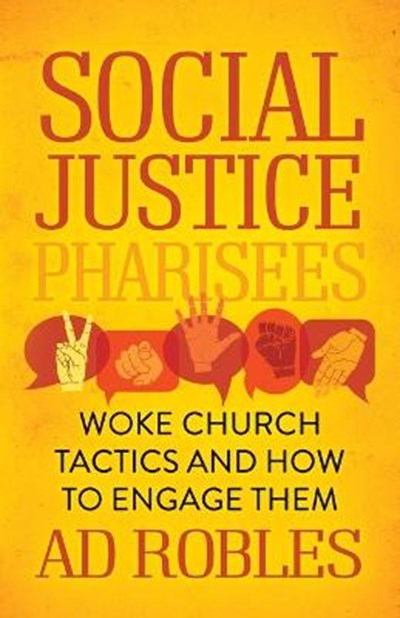 Woke Church Tactics and How to Engage Them

QTY
Add to Basket
Publisher: Morgan James Publishing llc
ISBN: 9781631955723
Number of Pages: 210
Published: 21/12/2021
Width: 13.9 cm
Height: 21.5 cm
Description Author Information Reviews
Social Justice Pharisees: Woke Church Tactics and How to Engage Them prepares readers for the social justice conflict in their local church, evangelicalism in general, and the culture at large. Social justice has been able to gain traction in the evangelical church due to a lack of clarity on key issues of biblical justice. The "woke church movement" seeks to capitalize on this lack of clarity and push politically progressive ideas in the conservative evangelical church. Biblical sounding words, such as "justice" and "love", are robbed of their meaning and the lack of clear teaching on these issues has put the layman in an uncomfortable position. The good news is that the solution is straightforward. Social Justice Pharisees shows that there are a handful of easy to memorize verses that teach easy-to-understand principles that refute each objectionable aspect of the social justice movements key errors. They have been there all along and just need to be applied to modern context in a straightforward way. A.D. Robles is a Puerto Rican reformed Christian. His family tree includes African slaves, European slaveholders, slave traders, and native Americans. All the usual accusations and insults don't work against him and his family. More importantly, he has a knack for teaching biblical concepts in layman's terms, thereby amassing a following on his YouTube channel, which is dedicated to this task. Unlike many major theologians, in Social Justice Pharisees, A.D. does not try to dazzle with complicated words or reference obscure philosophers. Instead, he seeks to be understood plainly. For a handbook of this sort, this is crucial.

A.D. Robles is a conservative Christian living in the state of New Hampshire with his wife and three sons. After the election of Donald Trump in 2016, he noticed an alarming trend of overtly progressive ideas being preached from formerly conservative pulpits around the country. In particular, the issue of race relations caught his attention since he is 100% Puerto Rican. Since then, he has grown a YouTube channel and well listened to podcast solely dedicated to the rise of race/gender-focused "social justice" nicknamed the "woke church," and the biblical answers to this error, which many see as the most significant threat to the gospel of Jesus Christ in a generation. A.D. resides in Keene, NH.